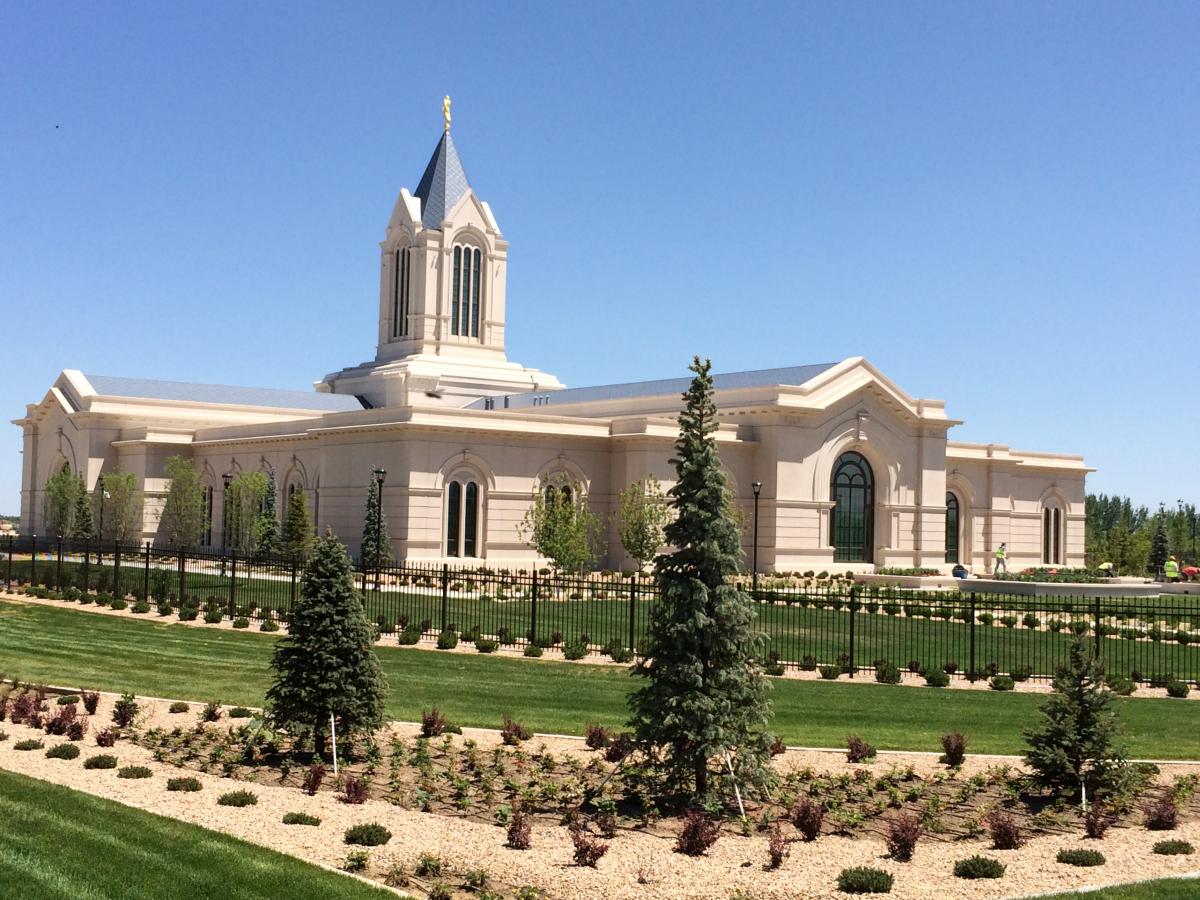 The Fort Collins temple open house starts today Aug. 19. I had the pleasure of volunteering as a parking attendant at the temple a few days ago (for the pre-open house opening to neighbors of the temple), and I was able to tour the building. It is spectacular.

I have been inside dozens of temples, but two things stand out at the Fort Collins temple. The first is the incredible wood work. The doors and chairs and much of the frames of the art work includes beautiful carvings. The second is the art work in the endowment rooms. There are two endowment rooms before you get to the celestial room, and they have sensational original art work from the Colorado mountains on the walls. One scene is of a meadow in the Rocky Mountain National Park, which is less than an hour drive from the temple.

We live just 25 minutes away from this beautiful building, the closest I have ever lived to a temple since I joined the Church.

Another story that readers might find interesting: one of the designers of the temple attended our ward for a year before the temple opened. The word went out that he was working on the temple, and nearly every Sunday people would ask him for details. He never disclosed a single detail except to give his testimony that it would be a beautiful temple. He has since moved on to another temple being built in the U.S. (I can’t remember which one). Anyway, it was great to see him at Church every Sunday and to observe the temple grow from empty field to House of the Lord.

The temple will be dedicated in October, and we hope to go at least once a month after that.

Please check out photos of the Fort Collins temple here.