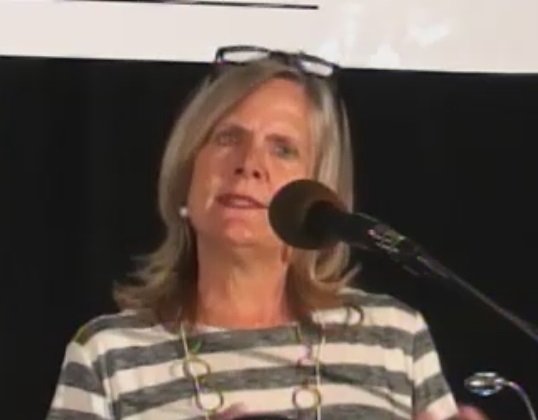 In the gift shop at the Acadia National Forest, some students were talking about a group of people who would drink blood and slit the throats of babies. And then the student said, “they can’t even drink tea or coffeee or drink soup. It says so in their Book of Mormon…”

So I walked up to them and told the the part about soup was simply not true.

The New York Times recently declared that the Mormon Moment is officially over, but I think there are still a lot of people who are curious about Mormons. We lived in Tuxedo Park in New York state. When we pulled in in our U-Haul with lots of kids, we were a curiosity, kind of like the Elephant Man. When they learned we were from Utah, they would immediately ask, “Are you Mormons?” In downtown Salt Lake, this is a question you would never ask, much less as the first thing. It would be like asking “How much money do you make?” or “How’s your sex life?” So I got used to saying “Why, yes! I am a Mormon, thank you very much,” and I had to convince people that we weren’t Amish.

When I was asked to speak here, I was surprised. I am an active Mormon, but sometimes I don’t feel like I’m completely in step. But then they told me that Robert Kirby spoke last year.

The excommunication of Kate Kelly has had an impact on me. A lot of young women I know are struggling with their identity as Mormons right now, because they feel like the Church doesn’t value young women as much as it values young men. I really don’t want these fabulous women to feel the only way they can deal with this is to exit the Church.
I came of age during the 60s and 70s. There weren’t a lot of female role models in the Book of Mormon, and there wasn’t as much being written about the role of women in our history. There were lots of inspiring messages about being a wife and mother. But I also wanted to know what else I could do that would be valued by my people. The guys were shooting hoops and raising money for high adventure activities in Canada, while we were in the classroom having chastity lessons. Really?

So this summer it has sometimes felt as though we are not a big tent Church. Was that “I’m a Mormon” campaign disingenuous?

I appreciate the sense of community I feel as a Mormon, in a ward I was told was one of the most active in the Church. Then I moved to New York, where there weren’t a lot of Mormons. But when another couple there in Tuxedo Park learned there were Mormons, they were so excited. By night I would socialize with the other professionals, the “upstairs” folks. Then at day I would socialize with this woman who was a servant in one of the homes, the “downstairs” folks. And I felt like an anthropologist. Bring part of a ward or branch is a bit like being in an extended family. Both for good and awkward. Like the woman who would always bear her testimony, and the plot of her experiences bore a striking resemblance to the latest movie… But even with her, I came to love and appreciate her.

I appreciate the chance for service, opportunities I would either not seek out or be aware of on my own. We are given ready-made opportunities for service. I love Mary in the story of Mary and Martha, the idea that Jesus liked dreamy-eyed women who weren’t working in the kitchen… But my friend Sharon was a real Martha – always serving. Sharon showed up at my house, kicked me out of the kitchen, and took care of everything. She told me I needed a paper towel roll and a strawberry huller. I had never known I wanted one, but the job *does* go so much faster with a strawberry huller. Sharon would go around Church and pick up all the trash. When Sharon died two years ago, I vowed that I would do this service that Sharon had always performed in life.

A number of years ago I was asked by a working woman’s magazine to write a profile piece on another Mormon, Carol Lynn Pearson. It was around the time Carol’s book [Goodbye, I Love You] came out, about taking care of her husband, who was dying of AIDS. I asked Carol about it, suggesting that it had been hard. Carol said, “One of the things I really love about being Mormon is that the Mormon Church is capable of creating really good men. I love when babies are blessed and you see all the men stand in a circle and hear the father say a prayer in public about all his hopes and dreams for that child. Men aren’t encouraged in this way in other cultures.” I have experienced this goodness of the men raised in the Mormon Church, such as my husband Ken. My sons were scouting failures, but because the youth in our ward helped care for a local rest home, my sons would frequently be at the home taking the sacrament and caring for the folks in the home. There were times they rolled their eyes, but they gained a lot of compassion. There are women who have trouble with patriarchy because they have known men who are abusive or dismissive or unsympathetic. But my experience has been opposite. I was the only girl, but I never felt like I meant less, or that there was any opportunity the boys had that wasn’t also available to me.

The Mormon experience spiritualizes the earth. I love the natural world, and I love the fact that we have the notion that the world was created spiritually before it was ever created physically. D&C 88:45 says “The earth rolls upon her wings, and the sun giveth his light by day, and the moon giveth her light by night, and the stars also give their light, as they roll upon their wings in their glory, in the midst of the power of God.” My editor told me that the Mormon migration west was one of the greatest events, so she wanted me to write historical fiction about this. The result was the book Charlotte’s Rose, which includes that passage of scripture, because I think it says so much about what we believe.

There’s a natural optimism and buoyancy about ourselves and mankind. We are just a little lower than the angels. We are here to learn and grow. The glory of God is intelligence. We are encouraged to expand and grow. And we believe that when we leave this life, almost every destination is better than here.

Mormons have a great oral tradition. We have our stories that we tell one another. This is what bearing testimony is about, what writing in our journals is about. [Ann Cannon then proceeds to tell the story of the worst Christmas program ever, involving a prima donna violinist, a pianist who wanted to give homage to the babies killed in Bethlehem, and a closing prayer that was offered in the middle of the service.] At the end of that most incredible experience, I turned to my husband and said, “Yes, I am so glad to be a Mormon.”

Q: What do you think is the future of the participation of women in the decision making processes in the Church?
A: I don’t know, but I’m sure something will happen, and that women are already being included more than in the past.

Q: What was your favorite Trib column?
A: A column at the Deseret News where I wrote about having a Dr. Pepper in my hand at Church, that was my favorite. I got a lot of good reactions to that, but I got some hate mail. I really enjoyed the Christmas story this past year. I had hit a cat, and when I returned the poor cat to its owner, she was so forgiving.

Q: What do you think jokes about polygamy, like “I can only handle one…” have on Mormon men and women.
A: I think it depends on the man or woman.

5 thoughts on “Fair Mormon Conf: Ann Cannon – Why, yes! I am a Mormon, thank you very much”