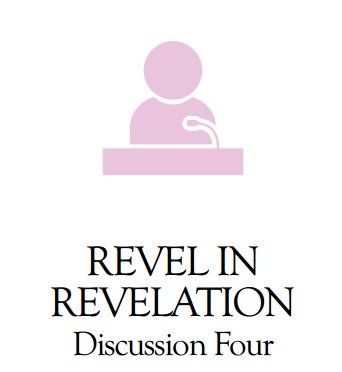 This fourth discussion was not posted on the promised date.

Day after day I visited the website. As the time for the discussion to be posted became a distant memory, I began to hope that those advocating for female ordination had realized the folly of their strategy.

Alas, it does not appear those advocating for female ordination have decided they were pursuing folly. So I remain uninformed regarding the reason for the delay.

It becomes clear from the stories presented that those seeking female ordination presume that they can, by dint of persistence and public pressure, eventually effect change in the Church regarding priesthood, much like the change that occurred relative to the former racial ban on granting priesthood keys to those who were of Black African descent.

There is a book of some acclaim, titled How to Win Friends and Influence People by Dale Carnegie. It has sold 15 million copies since it was first published in 1936. If those advocating for female ordination truly wish to win over those who would need to grant their desire and influence their future actions, these advocates might do well to consider the tenets in Dale Carnegie’s book.

There are a variety of behaviors and habits suggested by Dale Carnegie that I haven’t detected as prominent among those seeking female ordination, for example:

At this time, it seems like “If you’re wrong, admit it quickly and emphatically” would be a particularly useful behavior to adopt as soon as possible.

I understand someone is being given the opportunity to admit they were wrong. Yet for some reason, this individual claims they cannot get to the venue where such a discussion would be appropriate. In the event that the challenge is financial and the barrier is distance, I have frequent flyer miles I would be happy to donate if it facilitates a quick and emphatic admission of wrong. I think I am even local to the venue in question, so there wouldn’t even be a need for hiring a rental car.

When Personal Revelation is in Conflict with the Authorities

This discussion contained numerous stories about revelation. However many of these stories had nothing to do with revelation that overturned the principled position held by those in authority.

The following stories had to do with simple (if sometimes miraculous) improvements:

The other three articles mentioned are a mixed bag.

This last story, so key to the righteous indignation of those seeking female ordination, contains another story. That is the humble patience of those who stood to benefit once the policy was changed. I’m pretty sure Darius Gray and his fellows of the Genesis Group did not run about writing news articles about how racist the Church was, or doing the kind of things those currently advocating for female ordination are doing.

Secondarily, as indicated by numerous public statements, the ban preventing blacks from receiving the priesthood clearly did not originate with Joseph Smith, despite having taken strong hold of the vast majority of Saints within two decades after Joseph’s death. Therefore, the ban could be rescinded.

However the policies withholding priesthood keys from women do not appear to have arisen from cultural folkways alone. You can’t point to any time in the lives of Jesus or Joseph when women were granted priesthood keys. Those advocating female ordination try to wrest the Relief Society minutes to prove women did hold (or had been promised) priesthood keys, but making Emma autonomous leader of women and oblique reference to power (fulfilled later in the temples) is not the same as granting women priesthood keys.

Independent of whether or not it is appropriate for women to receive priesthood keys, those advocating female ordination have failed to consider an important point of order contained in Doctrine and Covenants 28:

2 But, behold, verily, verily, I say unto thee, no one shall be appointed to receive commandments and revelations in this church excepting my servant [the prophet], for he receiveth them even as Moses.

3 And thou shalt be obedient unto the things which I shall give unto him, even as Aaron, to declare faithfully the commandments and the revelations, with power and authority unto the church.

So for those currently persuaded that female ordination is the right thing and something so important that it is worth risking everything gained from membership in the Church, consider requesting revelation for how it is possible to be obedient and declare faithfully the commandments and the revelations. Consider reading a recent copy of Dale Carnegie’s book. Consider the faithful example of the members of the Genesis group. I suggest that you can do more to strengthen faithful Mormon women from within the fold that you’ll ever accomplish insisting on being thrust from that fold.