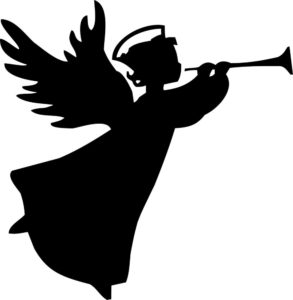 I decided last Sunday I better get with it and finish up reading the Book of Mormon by the end of the year. Nothing like a project to keep you on your toes during the holidays, when all your toes have been bitten off by Christmas mice. As I’ve been reading in Alma I have been impressed deeply by many things. First, I love Alma this time through more than I have ever in the past. His words are filling me, answering my questions, giving me peace. The constant invitation to come to the Savior is there reminding me that I need to do better at that.

Alma the Younger was a wild child — he says so himself in Alma 38: 7, “But behold, the Lord in his great mercy sent his angel to declare unto me that I must stop the work of destruction among his people; yea, and I have seen an angel face to face, and he spake with me, and his voice was as thunder, and it shook the whole earth.” Most of us are probably not going to have an angel visit us and call us to repentance (I think I’ll say “thankfully” right here). We have that invitation in the scriptures and thru the words of the prophets. The Savior always has the invitation extended to “Come Unto Him”. We just have to decide to take that invitation and He will be there to help us.

Today’s songs are two of the Christmas hymns that specifically talk about angels and also include an invitation to come to Christ. Lest you get confused, these are two different songs, sung to the same tune, which is called Gloria. If you look in the back of your green hymn book there is an index of tune names. In times past, hymnals (for most churches, not just the Church of Jesus Christ of Latter-day Saints) just included the words, and not the stanzas of music. So the chorister would announce to the congregation. “We will sing What a Friend We Have in Jesus to the tune of Hancock”. And you’d sing that tune with those words. In many cases, such as the case with America The Beautiful, the tune was composed separately from the words of the song, but put together by a third person to become the song we sing today.

I wrote about Hark the Herald Angels Sing in an earlier post. Click HERE to read it. 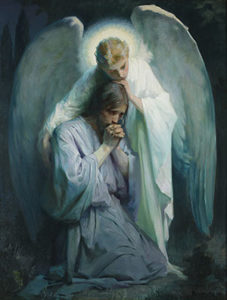 Angels are such an important part of the Christmas story. The Angel Gabriel came to Zacharias and told him that he and his wife, Elizabeth, would be the parents of John the Baptist. Gabriel also came to Mary and told her she would be the mother of our Savior. He also came to Joseph to reassure him and to tell him of his important role of being the father to Christ. An angel also warns him and Mary to leave Israel and to flee to Egypt to escape the wrath of Herod. The angel came back and told them when it was safe to return home. An angel came to the shepherds to announce the birth of Christ and was joined by the heavenly hosts. An angel also came to Christ as he suffered in the Garden of Gethsemane. We even have the promise of the ministering of angels as part of the restoration of the priesthood.

Both of these songs are beautiful Christmas hymns with an invitation to Come unto Christ.

Angels We Have Heard on High — sung by Home Free. Guys! Those harmonies are gorgeous!

Come to Bethlehem and see
Him whose birth the angels sing,
Come, adore on bended knee,
Christ the Lord, the newborn King.

Angels From the Realms of Glory

Angels from the realms of glory,
Wing your flight o’er all the earth.
Ye who sang creation’s story,
Now proclaim Messiah’s birth
Come and worship, come and worship
Worship Christ, the newborn King!