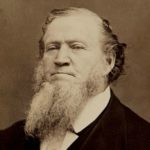 Those who wear beards must be rebelling against something, because a clean cut look represents conservative and productive lives. They are not following the LDS leadership’s example. About 15 years ago that would have been the argument, and not without some truth from the past. Like all fads of fashion the times have changed. Beards are no longer grown to make a clear statement. For most of those who grow one today it is about physical comfort and convenience, if not the look. Beards may not be widespread, but a lot of faithful Mormons are growing them when they wouldn’t have not too long ago. And that is just fine. 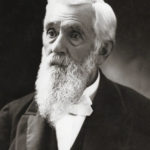 Despite Joseph Smith as the founding prophet never having a beard, prophets for generations who followed him had one. In fact, there are prophets that could be recognized by their beards alone. Brigham Young, John Taylor, and Wilford Woodruff had chin beards without mustaches. Lorenzo Snow and Joseph F. Smith had long flowing beards. Heber J. Grant and George Albert Smith had relatively short facial hair. There were even times and places where having a beard was required by missionaries because it represented maturity. 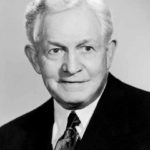 It wasn’t until the clean shaven President David O. Mckay that beards started going out of fashion for LDS leaders. His lack of a beard was a conscious choice. He wanted to make a statement about leaving the pioneer past and go forward into the future. That future in the 1950s was the neat, professional, and respectable businessman look. The “unkempt” look of a hairy face was out, even if only one generation ago they were signs of maturity. For the post-WWII years a suit and a tie with a shaved face meant achieving the American dream. After more than 100 years of persecution and living in the wilderness, the LDS Church had come out to join respectable society.

At the historical moment when Mormonism and Americanism started to get along, social norms were challenged and changed. Suddenly long hair and long beards were “in” among a large number of the young. The very ideals of American society that stood the test of time were thrust into turmoil. For all the work and patience to “fit in,” Mormons once again found themselves outside the mainstream. It is true Mormons were not the only ones who became concerned with the direction of the nation. What made it troublesome to Mormons more than many others was an uncertainty where the Church belonged in this new society. Beards were a physical representation of this existential confusion.

The counterculture movement took up long hair and heavy beards as part of their protesting. The new respectable clean shaven look was challenged by the once mature representing facial hair. It became associated with youth rebellion, drugs, promiscuity, and social deconstruction. All of these hit the hardest on college campuses because of the relative ages of the counterculture followers. Brigham Young University leadership saw what was happening around them and took precautions. Long hair and beards, that LDS Church authorities had already stopped wearing, became forbidden as part of other style related codes. The war on beards started and remains in place to this day.

Attitudes about beards have changed over the years both in society and Mormonism. Having or not having one is not seen as any particular statement. Long beards, short beards, and no beards can be found in all levels of American society with no class distinctions. Even in the LDS Church members grow beards, shave, and grow them again without anyone complaining. It isn’t about an increase in liberal leaning Mormons going against the grain. Very faithful and conservative Mormons, particularly in rural areas, have gone through this cycle without blinking. The days of beard shaming among Mormons is close to over.

That doesn’t mean non-beard requirements in the LDS Church have or will go away. Missionaries, leaders, BYU Students, and Temple workers are not allowed to grow them. The question is if this should change or be relaxed? Considering that beards still hold some residual symbolism of rebellion and more often laziness, leaving them off in certain circumstances should stay. Must they stay? no, that isn’t a particularly compelling position to hold. However, at the moment a shaved face still represents a professional look.

Rarely is there seen on television, in the office, or among politicians any facial hair along with a suit and tie. Missionaries, leaders, Temple workers, and even BYU students (whether they like it or not) act as representatives of the LDS Church in more or less an official capacity. If the LDS Church was to change to allow beards in those circumstances, they would be going against current societal norms. There is no compelling reason for such a difference. Social norms about beards would have to drastically change (such as between the pioneer and modern era) before restrictions can be dropped. Casual wearing of beards is fine. Wearing them while in an official position is not; at least not yet.