Elder Whitney Clayton was the keynote speaker this week at an interfaith religious freedom conference series being sponsored by the Catholic Diocese of Sacramento, William Jessup University, and The Church of Jesus Christ of Latter-day Saints. THe Conference series is on the topic of “Preserving Our Religious Freedoms with a Civil Voice: People of Faith Working Together in the Public Square.”

Elder Clayton’s remarks were well received by a very diverse group of people of diverse faith traditions who are coming together to speak up about the important role that faith plays in the public square.

His remarks were recorded and will eventually be available online. However, his remarks were substantially similar to ones that he gave at BYU’s Religious Freedom Annual Review in June 2018. Here is a write up in Meridian on those remarks.

Elder Clayton’s central thesis was that increasingly many people in our secularizing society do not really understand the role that religion plays in the life of the believer. All too often, faith is seen “as something akin to a quirky, private belief or hobby like secretly believing in the Yeti or UFOs or belonging to a weekly bowling league.” From that premise it is easy to treat faith as something quaint or unnecessary. Accordingly, it is easy to say “You are welcome to have your own private fantasy world, but keep it private and don’t make me acknowledge it.” When push comes to shove, beliefs must yield to changing social trends.

But in reality, faith is far deeper than that. “[F]or tens of millions of Americans, faith and religious convictions are the most powerful defining sources of personal and family identity in their lives. … [T]heir faith is marrow to their very bones of who and what they are.” Faith is far more central than that: ”
“Once experienced and accepted, faith in God is life-altering. The faithful, life-changing choice to believe deeply influences ones personal, familial, and cultural identity. It defines who and what we are, how we understand our purpose for being, how we relate to others, how we deal with pain, suffering and death.”

Elder Clayton argued that we can do much more to make clear that religious plays a role at least as profound as our identifiers such as “race, color, national origin, ethnicity, sexual orientation, education, profession, wealth and so on,” and that from such a foundation we can build am ore authentic and productive dialogue with those who might disagree with us.

I really liked Elder Clayton’s focus. All too often, we believers try to minimize or downplay our faith in conversations with others. Instead, we need to be clear about where we are coming from and about those beliefs that are part of the marrow in our bones

Depression and mental illness are topics that are rarely talked about openly in our church. Aside from Elder Holland’s path breaking talk in 2013, we rarely hear sermons devoted to the topic. And when the Church does address the topic, it often focuses on its more extreme manifestations such as suicide attempts, rather than the day-to-day or hour-by-hour struggle that so many endure. The unfortunate side effect has been that shame and stigma has clouded this disease and made it harder for those who suffer to get the care they need.

Enter Jane Clayson Johnson’s revolutionary new book: “Silent Souls Weeping: Depression – Sharing Stories, Finding Hope” that was recently published by Deseret Book. Clayson Johnson is a celebrated journalist who has interviewed presidents and prime ministers. She is also the mother of two children. Yet, while everything outwardly appeared to be going well in her life, she suffered a serious depressive episode. Her recovery led her to want to shed light on the topic of depression which is such a taboo in our Church. She therefore set out to interview over 150 people who have either suffered from depression or helped those suffering from the throes of the disease.

This is a very important endeavor. As one of the people she interviewed told her, ”
“Depression thrives in secrecy, but shrinks in empathy.”

END_OF_DOCUMENT_TOKEN_TO_BE_REPLACED 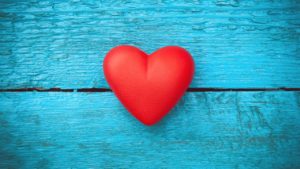 This post is based on a sacrament meeting talk that I gave a few months ago that I have felt prompted to share on here:

One of the most dramatic stories in the Book of Mormon involves the four hundred and fifty individuals who follow Alma the Elder after he is converted by Abinadi’s powerful testimony of the Savior. Alma and his people came from a society that was riven by deep inequality, materialism, sexual transgression, and pride. And yet, when they gathered together at the waters of Mormon, Alma and the other fledgling converts were able to form a society where the people “[had] their hearts knit together in unity and in love one towards another.”

How were they able to do so?

We also live in a society that is riven by deep inequality, materialism, sexual transgression, and pride. We too have made similar covenants to serve each other “in unity and in love.” And yet we too often we fall short of that ideal. In our church community, in our families, and in our own relationship with God, we are often divided by contention and pride.

Today, I would like to talk about the ways that Alma ensured that his people would be “knit together in unity and in love one towards another” and how we can do likewise.

To start, I want to quickly list ten things that Alma and his people did in order to maintain that kind of unity. I will then return to discuss in greater detail some of those that stood out to me

9) They had a missionary spirit

10) The people forgave one another
END_OF_DOCUMENT_TOKEN_TO_BE_REPLACED 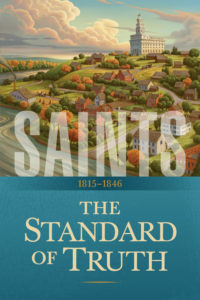 At the start of Chapter 7, the translation of the Book of Mormon is progressing rapidly due to an unseasonably cold and wet spring which delayed the planting season. But in the process of translation, Joseph Smith and Oliver Cowdery read of the Savior’s strong emphasis on baptism. Joseph had not been baptized and so he sought to learn how to receive the ordinance by properly.

The unfolding appearance of John the Baptist is familiar to us. But the significance of this event should not be underestimated. A divine messenger appeared to Joseph but also to Oliver Cowdery. Is this the first visit of divine visitation in the unfolding  Restoration that was simultaneously experienced by more than one person? I imagine Joseph must have felt relief at the fact that another person had experienced a divine vision with him. And the authority that John the Baptist gave them was nothing less than the power to act in the name of God.

While Harmony had temporarily been a place of refuge, persecution now intensifies. Emma, Joseph, and Oliver relocate to the Whitmer home. The Whitmer’s willingness to invite them into their home is remarkable. David Whitmer had learned about the translation process from Oliver, but did not yet know the Smiths. Yet the Lord knew David, and he helped to make sure that David could help in the translation process. That is very reassuring to me.

David is the Whitmer that we hear the most about, but not the only one who sacrificed much for the restoration. I loved Saints description of David’s mother Mary who was required to take care of her eight children and also serve her three visitors as she has a remarkable

Mary had little time to relax herself, and the added work and the strain placed on her were hard to bear.

One day, while she was out by the barn where the cows were milked, she saw a gray-haired man with a knapsack slung across his shoulder. His sudden appearance frightened her, but as he approached, he spoke to her in a kind voice that set her at ease.

“My name is Moroni,” he said. “You have become pretty tired with all the extra work you have to do.” He swung the knapsack off his shoulder, and Mary watched as he started to untie it.

“You have been very faithful and diligent in your labors,” he continued. “It is proper, therefore, that you should receive a witness that your faith may be strengthened.”20

Moroni opened his knapsack and removed the gold plates. He held them in front of her and turned their pages so she could see the writings on them. After he turned the last page, he urged her to be patient and faithful as she carried the extra burden a little longer. He promised she would be blessed for it.

The old man vanished a moment later, leaving Mary alone. She still had work to do, but that no longer troubled her.

I have also always loved the story that is told in this chapter of Joseph needing to ask Emma for forgiveness after a fight before he could once again begin to translate. That is such a good example of how our personal righteousness and relationships can impact our ability to receive revelation and inspiration.

Similarly, the chapter depicts Martin Harris’s inability at first to see the angelic visit and witness of the Book of Mormon. I am so sympathetic to Martin for his faith struggles. He was asked to believe in something he had not seen. Yet, he was able t summon the  courage to pray until he as able to be a full participant. We often vilify or mock Martin Harris, but we can learn much from his  example when we struggle with doubt and uncertainty.

Chapter 4 of Saints has it all: buried treasure and golden plates, action and romance.

Joseph’s work in assisting with treasure seeking has been the subject of much controversy. This chapter smartly positions that employment in the context of Joseph meeting and courting Emma Hale. Whether Joseph was right to use his talents in pursuit of treasure seeking or not, God used his experience to put him where he needed to be to meet Emma.

I like how the chapter describes the romance between Emma and Joseph. You can see what each found so attractive in the other. Emma had grown up in relative wealth and privilege and I suspect that Joseph seemed so different. He was rugged and rough. He had a natural charm and was gregarious and humorous. Emma likely offered Joseph a sense of refinement and class that attracted him.

It was no surprise that Issac Hale did not approve of their relationship and marriage. Joseph was a poor hired laborer whose family had little property and little standing. Joseph must have appeared uneducated and superstitious. And the rumors of gold plates and angels would frighten any would be father in law.

Amidst this courtship, Joseph is charged with fraud for his work with Josiah Stowell. The charges are dismissed after Josiah testifies on his behalf. But I can’t imagine that those charges helped Joseph’s relationship with Isaac Hale.

When Joseph visits the Hill Cumorah again, he is warned that he is still using his skills to pursue financial gain and that he must quit working with money diggers. He is told that if he does not change his ways, he will not have another chance. This makes me wonder if there are moments in our lives where God gives us a similar warning and where we have to either step up and change of lose out on precious spiritual opportunities? END_OF_DOCUMENT_TOKEN_TO_BE_REPLACED