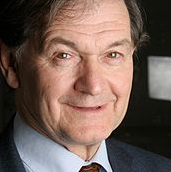 A while back I did a post about my three favorite non-fiction authors: David Deustch, Roger Penrose, and Douglas Hofstadter (Gesundheit!). This post is about Roger Penrose.

Roger Penrose has an interesting categorization system for scientific theories that I’d like to share. (Later on, I’ll give David Deutsch’s alternative approach.) Penrose believes there are three categories of theories. They are:

He goes on to say that say he’s considered making a fourth category called MISGUIDED but then thought better of it because he didn’t want to lose half of his friends.

In this post I want to talk about the seven scientific theories Penrose considers to be in the SUPERB category. These are the theories that, as Penrose puts it, have been phenomenal in their range and accuracy.

“The way I am using the term ‘superb’, it is an extraordinarily remarkable fact that there are any theories in this category at all!”

Penrose believes that only physics has, so far, produced any SUPERB theories, though he admits that Biology’s “natural selection” as proposed by Darwin and Wallace comes close. If you are an anti-evolutionist you might be surprised that natural selection even gets mentioned as possibly being a SUPERB theory. But I can assure you that as Penrose is rating things, he’s basically correct here. Natural selection, as a theory, has proven to have an amazing range of predictions and explanatory power that has actually transcended biology and has found to apply to other types of science. This is certainly a strong sign for the theory proper. That being said, Penrose still thinks this theory falls into the USEFUL category.

The seven (or so) theories he believes fall into the SUPERB category are these:

The most ancient of the SUPERB theories of science is Euclidean Geometry. Penrose points out that many people probably think of Euclidean as math rather than science. (The Emperor’s New Mind, p. 152) But Penrose argues that the real value of Euclidean Geometry was as a theory of physical space rather than as a branch of mathematics. (Indeed, the fact that a whole branch of mathematics can be viewed as either a math or a science tells us something about the mathematical/computational nature of reality. <link>) Penrose suggests that the best reason for treating Euclidean Geometry as a SUPERB theory of science is because it’s actually been disproven. Thanks to Einstein’s General Relativity, we know that Euclidean Geometry is “not entirely accurate as a description of physical space that we actually inhabit!” (ENM, p. 152) Space actually contains curves. Despite this, Euclidean Geometry has proven incredibly accurate and useful to us. “Over a metre’s range, deviation from Euclidean flatness are tiny indeed, errors in treating the geometry as Euclidean amounting to less than the diameter of an atom of hydrogen!” (EMN, p. 152)

Penrose believes that, in chronological order, the next SUPERB theory would have been the theory of statics as developed by Archimedes, Pappos, and Stevin. But that theory, as well as the Galileo ideas of dynamics, were subsumed into what we now call Newtonian Physics. Newtonian Physics was really the start of what we now think of as modern science. So successful has it been that it spent centuries where it was unthinkable that it would ever be disproven. Bear in mind that this is a theory, when “applies to the motions of planets and moons, the observed accuracy of this theory is… better than one part in ten million.” Yet it was just as applicable, and with the same degree of accuracy, for an apple falling on earth.

Yet, this theory was eventually disproven, as we’ll see.

Next up chronologically is Maxwell’s equations for Electromagnetics. Ultimately, this theory was combined with Quantum Mechanics and is now part of that theory. But Penrose lists it as a separate theory as well since it predates Quantum Mechanics. Its accurate range is from the scale of atoms to that of galaxies.

For example, Einstein’s theories also have direct application for differing amounts of gravity. Remember that gravity drops off exponentially with distance. (You remember high school physics, right? With gravity being an inverse squared law?) In fact the drop off of gravity from earth’s surface to an orbiting satellite is significant enough that time runs at a different speed for our satellites than it does for us on earth. This little problem would make something like a GPS system impossible under Newton’s theories. The whole system would fail to work if you tried to only apply Newtonian physics to GPS systems. But thanks to our understanding of relativity it’s possible to computationally compensate such that a GPS system actually works.

Our final two SUPERB theories are Quantum Mechanics and Quantum Electrodynamics (QED). Quantum Mechanics are the most SUPERB of the SUPERB theories. Penrose explains that “No observational discrepancies with the theory are known.” (p. 153). However, the power of the theory goes beyond its observational and experimental accuracy. This theory enables us to explain a number of phenomena that, prior to the theory, were unexplainable. Things like “the laws of chemistry, the stability of atoms, the sharpness of spectral lines…, the curious phenomenon of superconductivity…, and the behaviour of lasers…” (p. 153)

Quantum Electrondynamics combines Quantum Mechanics with Maxwell’s equations and with special relativity. While not as elegant, its accuracy is phenomenal. Penrose gives an example of how the “magnetic moment” of an electron was predicted by the theory to be 1.00115965246 and was measured to be 1.001159652193. This is a level of accuracy that could “determine the distance between New York and Los Angeles to within the width of a human hair!” (p. 154)

One interesting fact some readers might have noticed is that to make the SUPERB category, it was not necessary that the theory not be disproven by a later theory. The categorization was not based so much on being ‘right’ as on having a wide range and being highly accurate within that range.

So, as we saw, Euclidean Geometry and Newtonian Physics was disproven by Einstein’s General Relativity. Other theories were subsumed into later theories and are no longer “separate theories” so to speak, as we saw for Maxwell’s equations and Einstein’s Special Relativity.

In fact, that is the case. It is well known that our two most advanced SUPERB theories – General Relativity and Quantum Mechanics – are incompatible theories. They are a contradiction. Both can’t be right.

Today scientists describe the universe in terms of two basic partial theories — the general theory of relativity and quantum mechanics. … Unfortunately, however, these two theories are known to be inconsistent with each other – they cannot both be correct. (A Brief History of Time, p. 11-12)

This means that, of the SUPERB theories, all have either been disproven or are known to be a contradiction to another SUPERB theory.

1 thought on “The SUPERB Theories of Science”