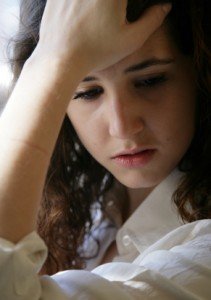 Have you ever been offended?

It is impossible to go through life without experiencing that hurt which comes from a unkind word, or a questionable glance. When these things happen we are left to wonder and assume what the person really thinks of us and if they intended to offend.

Children especially have a tendency to take offense to small actions and words. A mother asked me this about her daughter who has a problem with being offended.

“How do I help my eight year old daughter stop tattling on friends and family members? She takes offense by so many things. And, she seems to want to get other people in trouble to make herself look good. What do I do to stop this?”

The other day I had a group of children over playing at my home. One of our visitors came to me with a very pouty face and tattled on behaviors of two of the other children. The child told me that one person was rude because they told her she shouldn’t play with the toy she was playing with. Then she said another child was also mean because she said to the group, “Melissa can’t have sugar so don’t give her a candy.”

Melissa was the girl talking to me and it was true that she was not allowed to have sugar, but she didn’t like people talking about it. She thought it was rude and she was very offended.

What Did I Do?

The first thing to do, if this is a new behavior, is to check the facts. So, I called all the children together for a meeting about the incident. Melissa was given the first opportunity to tell what happened, and then one by one each child told the events of the situation from their perspective.

After listening to all the children it was very clear that Melissa had a habit of looking for reasons to be offended. The other children hadn’t done anything wrong. They told her not to play with a real cell phone and tried to honor her family rule about sugar. She was the one who read more into their words than was really there.

Adults Do This Too

Have you ever known a person to do this? I knew a woman once who was always analyzing what people did or said after the incident. She would assume a lot and often times make evil intentions appear ‘out of thin air.’ This woman had a hard time keeping friends. She was far to busy judging people to actually feel love for them and just couldn’t find anyone who didn’t eventually offend her.

Are all people rude all the time? Certainly not. She was just in the habit of seeing the world and people as offensive. Her actions were prideful and they led to much unhappiness and unrest. I felt bad for her. She had chosen so much sadness.

After the talk confirmed that Melissa had made up her own sadness and tried to get other people in trouble at the same time I knew I needed to talk to her alone. I asked her to stay after the meeting for a talk. The very first thing I did in the talk was describe the situation and how she had chosen to react to the words said. I then gave her a rationale for why her reaction was wrong. As part of this explanation I told her it was worse to choose to be offended by another than to be the person to say bad things. I also told her how she could keep herself from not being offended next time she was tempted to feel bad about what someone said and how to know when it was appropriate to go tell moms or dads. These are the four things I told her to do.

1. Assume the best of the person instead of the worst as soon as a hurtful feeling comes. A good way to switch your attitude is to be grateful for the other person.

2. If you feel they don’t completely understand something, kindly disagree.  She could have said, “Londyn, I know we don’t usually have sugar, but we can have it sometimes.  If I ask my mom, I might be able to have this candy.”

3. Choose to be okay with not always getting your way.  And, play happy with your friends even if you thought something happened that might be unkind. I call this accepting a no answer.

4. Only go tell on people when something dangerous is happening or someone is bloody etc.  If you go tell on someone for not sharing a toy, you are most likely tattling.

Melissa looked at me with great interest when I talked with her about what I knew she was doing inside her head that would destroy her relationships, and how she could keep herself more happy by consciously choosing not to be offended. She said she would try to think better of other people.

Is Taking Offense Tattling Then?

Many times the reason our children come tattle on us is because they have decided to assume someone is being mean or rude. They want to make that other person look bad because they felt bad about what was said or done to them. Who are we kidding? Adults do this too. That’s why gossip happens.

Gossip is just tattling for older people, and we all get sucked into it from time to time. We just need to see it for what it is and opt out.

Wanting To Get People In Trouble

Little Melissa can help us with that part of the question to. She often tattles on Dad to her Mom and on her siblings to her parents in order to look good in the eyes of the parent she is tattling to, and to make the other person get in trouble.

Melissa’s mom was recently talking to me about this side of Melissa’s tattling problem. This was the advice I gave Melissa’s mom and I think it will apply to the question above as well.

1. Have a personal talk with Melissa about what you have observed. Demonstrate how it looks and sounds without being rude.

2. Tell her exactly what you are going to say when she comes to tattle to you and what her negative consequence will be. “Melissa, you are saying mean things about a family member. This is wrong. You need to stop talking. Since you chose to tattle you have earned an extra chore…”

3. Next, tell her what she should do, “…What you should have done was, notice that you are thinking bad about another person and then try to think something good about them instead and keep playing. The other option would be to disagree appropriately with the person if they are not giving correct information.”

4. Give her an incentive for controlling the impulse to tattle each day she hasn’t tattled for one week.

Tattling is often times the behavior which should take the majority of your parenting efforts. If someone comes to tattle about a bad behavior, check your facts by possibly having a short meeting, and then talk to offenders if necessary. After, you must have a talk with the person who took offense or who wanted to get the other person in trouble and assign the appropriate negative consequence which was previously decided because the tattling is just as bad if not worse than the instigating behavior.

I want to be very clear that I am not suggesting children shouldn’t ever tell parents. Reporting, which was talked about in another article, is the appropriate form of telling; and is good. Also, some things must be reported for the safety of others.

However, those tales which are clearly to hurt another person’s reputation or to justify offense are just tattling and need to be assertively addressed. Tell the person you see what is happening and then give them new things to think when offended and new ways to problem solve emotionally difficult situations. The basic skills and principles which are taught in Parenting A House United are perfect for helping youth problem solve social and family disputes.

9 thoughts on “Taking Offense: Is It Tattling?”