In my last post I accepted the fact that religions were in fact memes (of some sort) and that adherents of a religion are memeoids (in some sense). Of course this is also true of any ideology. I also accepted that memes are just like genes in that they compete with each via Darwinian evolution with each other in varying degrees.

Now it’s becoming popular fashion within many theologically liberal circles to try to deny this. Theologically liberal individuals will often suggest that the core meme of religions is actually spread of morality or of rituals. I do not deny that religious memes are ideological moral worldviews. I will talk about this in a future post. And I do not deny that religious memes do commonly utilize rituals for various reasons and often one of those reasons is to help replicate itself. And I will not deny that some religions see their ‘beliefs’ (i.e. truth claims) as more core to their identity than others do.

But are there any religions that can truly be said to be divorced from beliefs and truth claims? END_OF_DOCUMENT_TOKEN_TO_BE_REPLACED

Many know of arch-militant atheist Richard Dawkins. But what he’s really (originally) famous for is being one of the important biologists to ever live. In fact, he’s the one that coined the term “meme” for what I feel is one of the most important new scientific concepts needed to make sense of our world.

What is a meme? He describes it like this:

The gene, the DNA molecule, happens to be the replicating entity that prevails on our own planet. … But do we have to go to distant worlds to find other kinds of replicator and other, consequent, kinds of evolution? I think that a new kind of replicator has recently emerged on this very planet. It is staring us in the face. It is still in its infancy, still drifting clumsily about in its primeval soup, but already it is achieving evolutionary change at a rate that leaves the old gene panting far behind. The new soup is the soup of human culture. We need a name for the new replicator, a noun that conveys the idea of a unit of cultural transmission, or a unit of imitation. ‘Mimeme’ comes from a suitable Greek root, but I want a monosyllable that sounds a bit like ‘gene’. …I abbreviate mimeme to meme. …It should be pronounced to rhyme with ‘cream.’ (The Selfish Gene, p. 192)

Now of course Dawkins can’t let a great new concept like this go without making sure he takes potshots at religion. Sure enough, just a few pages later, he invokes his new “meme” concept to attack religion.

The survival value of the god meme in the meme pool results from its great psychological appeal. It provides a superficially plausible answer to the deep and troubling questions about existence. It suggests that injustices in this world may be rectified in the next. The ‘everlasting arms’ hold out a cushion against our own inadequacies which, like a doctor’s placebo, is none the less effective for being imaginary. (p. 193)

Oh, but he’s just getting started. For he later adds that religious people are (or can be) “memeoids.” Isn’t that just the right sort of ridiculous name to make religious people seem a little more scary and a little less human?  END_OF_DOCUMENT_TOKEN_TO_BE_REPLACED

A while back (actually it was very recent when I wrote this post, I just never posted it) I noticed that there was a link to an T&S post about John Dehlin and the action to review his standing in the Church.

But on the thread John made a statement that has been seriously challenged by others. It is:

For the record, I have no terms. I have neither criticisms nor suggestions for the church or its leadership.

If John here means this in context of “when in meetings with the Stake President” then I’m certain this is a true statement. But I personally have seen John write and speak numerous criticism of the Church and make numerous suggestions. Indeed, I don’t think I’ve read or heard anything by John at all that didn’t include either criticisms or suggestions. So I gulped when I saw John write this, knowing how people would likely react to it.

But one thing that I need to stop and ask here now is “so what?” END_OF_DOCUMENT_TOKEN_TO_BE_REPLACED

In a post near the beginning of this series I summarized Armstong’s views of Jesus Christ and Christianity. Go back and read that post if you need to. In this post I’m going to touch about my concerns with her presentation here.

One Sided Unknowning is Actually A Special Case of Knowing

This ‘certainty’ that Armstrong easily asserts when necessary brings up a larger issues: Theological Liberals of the Armstrong variety seem to only believe in their beliefs when it’s convenient. Unknowing is only exalted right up to the point that it encourages their own beliefs. If it ever doesn’t, then ‘certainty’ becomes okay after all. Likewise, ‘not having the final word about God’ is only true if you mean everyone else but Armstrong-like Liberals. They really do have the final word on several subjects, namely all the ones they care about and that their religious beliefs are anchored on. So in this sense, they aren’t really different from their ‘conservative’ counterparts. Armstrong really does act as if she believes she gets the ‘final say’ when it comes to Jesus Christ.

END_OF_DOCUMENT_TOKEN_TO_BE_REPLACED 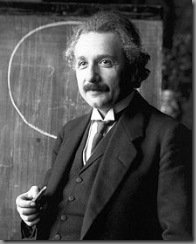