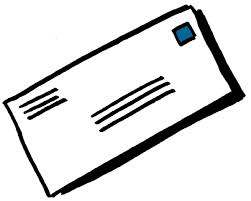 Andrew Ainsworth on his Facebook page had a link to something called “An open letter to President Thomas S. Monson: Prophet of the Mormon Church.” Andrew adds, “Hoping this will lead to positive results.”

If what Andrew is hoping for is further dialogue on the subjects the letter brings up, then I’m about to give him some (small) positive results. However, I’m going to make the case that this letter is more destructive then constructive and that Andrew is wrong to support it.

I am not going to link to the letter because, frankly, I don’t want to raise its Google ranking. But it’s easy enough to find if you’re curious. I am going to analyze this letter and ask some question and encourage comments. I am going to make the case that this letter is being specifically written from (and can only be read as) a non-believing view point and that it is primarily a stunt at anti-Mormon publicity rather than a serious attempt to resolve the problems it outlines. I will do this by outlinging the specific claims the letter makes and making brief comments. Possible extended future points for discussion will be mentioned.

Who Is Writing this Letter?

The letter claims it represents “We are a part of a community of thousands of current and former members of The Church of Jesus Christ of Latter-day Saints.” END_OF_DOCUMENT_TOKEN_TO_BE_REPLACED

Andrew S reviewed my past posts on both declining Sunstone and also on whether or not W&T was mostly non-believers.

First of all, right after Hawkgrrl clarified her intentions in that poll, I admitted that I had misread it. But nevertheless, I’ve found that admitting you’re wrong on something doesn’t actually equate to people on the internet not using your previous words against you as if you still believed them. *Sigh*

So let’s take a look at Andrew’s summary of how he read my ‘model’ of safe zones.  END_OF_DOCUMENT_TOKEN_TO_BE_REPLACED