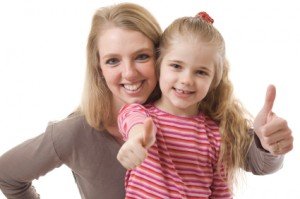 It is true that a person can learn from the mercy of others and can even have a change of heart. But, it is also true that in order for most people to learn cause and effect there must be justice, or consequences, which show them how their choices affect their happiness.

Porter sees that Londyn has put her new bracelet down for a moment. He wants to tease her for fun and chooses to take it and put it on. Londyn sees him with the bracelet asks for it back. But, Porter wants to tease her and push a few of her buttons so he says “No.” Londyn gets angry. Soon there is a disagreement.

Mother helps the children disagree appropriately and sees that Porter needs to be corrected and earn an extra chore for a negative consequence. This is justice, and it serves Porter well because it teaches him cause and effect and helps him see that making wrong choices doesn’t make him happy.

Paije is making a treat for family night; chocolate chip cookies. When the dough is completed the kitchen begins to fill up with people waiting to taste the dough. Some people seem to like the cookie dough better than the cookies themselves. Paije understands this and tells each person they can have a spoonful of cookie dough.

A few minutes later Quin attempts to take another spoonful of cookie dough, and Paije takes the bowl away. Soon there is a power struggle and an argument.

On first inspection Dad thinks that Paije is possibly being too controlling, but after talking for a minute or two he realizes that his first impression is wrong. He sees that it is not kind to take someone’s creation, which they have plans for, and expect them to go with the flow. Dad saw that Paije felt disrespected by her brother, and that the brother was crossing a boundary he should not cross.

Paije was instructed to disagree appropriately in the future, and Quin earned an extra chore for being disrespectful and not accepting a no answer, or disagreeing appropriately.

Later Paije said to me, “Mom, it felt so good to be understood about the cookie dough. I knew I had over-reacted, but didn’t know how to get my message across. I felt like you showed me mercy.”

Indeed we did show Paije some mercy. Her behaviors were not perfect, but at first no one was understanding her side, so she was frustrated. Once we saw why she would become upset, it was easy to see she needed to be given a bit of slack and some teaching, but her brother needed some character building as well as teaching.

Since the beginning of time there has been an argument between these two principles brewing on every front. In government I don’t think we will ever settle on what principle to use. The debate is endless.

The ironic element about the intellectual and emotional battle about mercy and justice is this, justice and mercy must both be satisfied in almost all situations. So, while one group or person argues for justice and another begs for mercy and it is tempting to take a side, no side should actually be taken in this dispute.

The same is true in families. Families need principles of justice tempered with elements of mercy to raise children who are able to govern themselves.

Justice is the structure of the home. It is the way we teach cause and effect so the children see there is a reason to choose the right. Justice is also a calm parent who looks into the eyes of her child. Only a calm parent can truly be just. Otherwise the justice is actually just revenge. A frustrated, power hungry parent gives consequences in haste and as an emotional release. A calm, just parent tells children what consequences they have earned after teaching has taken place and a bond has been established.

It is easy to be the kind of parent who counterfeits justice. It is difficult to be the parent who lives real calmness and executes justice as a means to happiness.

Mercy is the tone you have within your heart which reaches the heart of your child even when you are bound to execute justice. Mercy is teaching children the right way to do something so that they don’t have a problem again. Mercy stems from loving someone. The love is apparent no matter the situation, and accepts mistakes as part of the learning which is needed for growth.

Mercy is also the structure you have in your home. When you have certain skills you teach, master, and expect as well as a predictable system of positive and negative consequences the child feels secure and understood.

Seeking to understand, which is the action of mercy, starts by looking into the eyes of the person and seeing them for who they are supposed to become, not what behavior they have just done.

Mercy and justice are required for raising children, and are not just for different situations. Both principles are true and need to be present in all situations. When parents feel mercy and teach justice, children soon take responsibility for their own behaviors and become self-governing for life.