A natural disaster, in the form of a 500 year flood, occurred last weekend in Nashville/Davidson County and the surrounding counties of  Benton, Carroll, Cheatham, Crockett, Decatur, Dickson, Dyer, Fayette, Gibson, Hardeman, Haywood, Henderson, Hickman, Houston, Humphreys, Madison, Maury, McNairy, Montgomery, Obion, Perry, Rutherford, Shelby, Sumner, Tipton and Williamson Tennessee. Perhaps the costliest non-hurricane disaster in the US, national news coverage has given little attention to this event. At this time, it is known that 29 people have died, and thousands of homes and businesses are underwater.  Nashville’s tourism industry has been severely crippled as Grand Ole Opry Hotel is 10 feet underwater along with nearby Opry Mills Mall. The touristy honky-tonks and restaurants on Broadway, the Schermerhorm Symphony Center, the Tennessee Titans’ field, and  the Country Music Hall of Fame and Museum are all flood damaged.  This article sums the spirit of cooperation and charity demonstrated by the Tennessee citizens.  Tennessee is nicknamed the “Volunteer State”, and it truly is, in word and in deed. 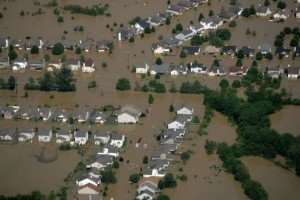 Creeks and rivers quickly rose, to overflow into nearby homes and businesses.

After a dry April, we all looked forward to the weekend rainstorm. No one expected the storm to stall out over Middle Tennessee, and it’s citizens had no advance warning. On Saturday, we awoke to dark clouds, which released heavy torrents of rain.  Waterways swiftly rose and poured over their banks. In areas where there was not a waterway, the soil became  saturated with water; resulting in runoff settling in low lying areas forming new rivers. Rain continued overnight  with the threat of tornadoes and into Sunday. All Church services were  cancelled. Citizens were ordered to stay at home unless evacuated. 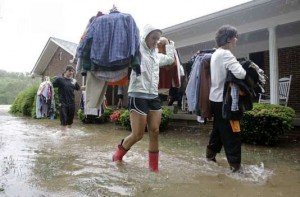 Given little or no advanced notice, citizens hurriedly grabbed what they could and evacuated. 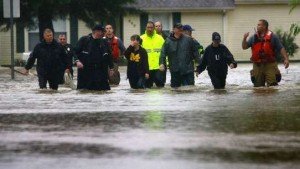 Neighbors helped each other to safety 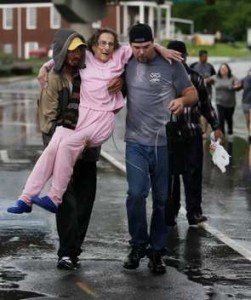 Neighbors helped the elderly to safety. 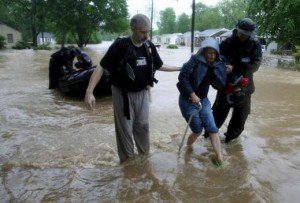 Neighbors helped the sick and the handicapped. 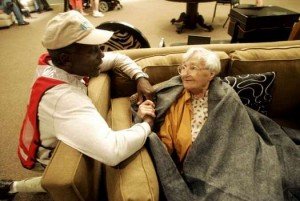 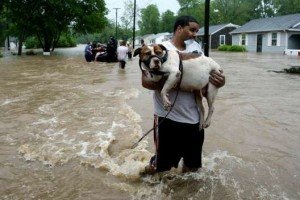 Animals were also rescued and taken to shelters.

Volunteers used boats to help rescue those trapped in their homes or in cars. 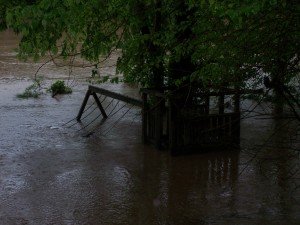 Nearby in Williamson county, our family was able to safely witness from our home the power of Mother Nature as the Harpeth River filled the lower end of our yard. In this photo we guesstimate the Harpeth is 20 feet high at the deepest part. 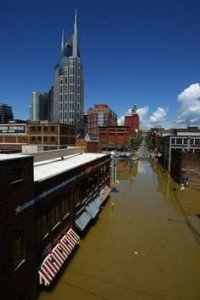 Flood waters from the Cumberland overflowed into downtown Nashville. 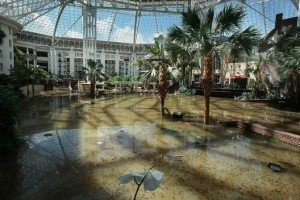 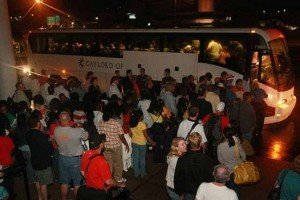 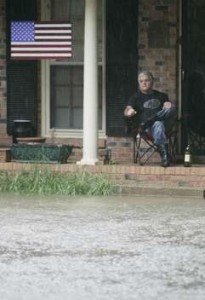 Citizens of Nashville and the surrounding counties obeyed orders to stay ( if safe) at home. 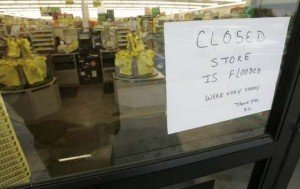 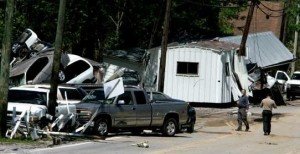 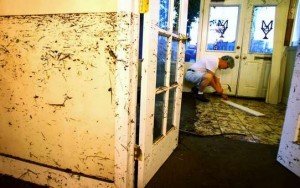 ... as the hard long job of recovery begins.

12 thoughts on “Just In Case You Missed It”