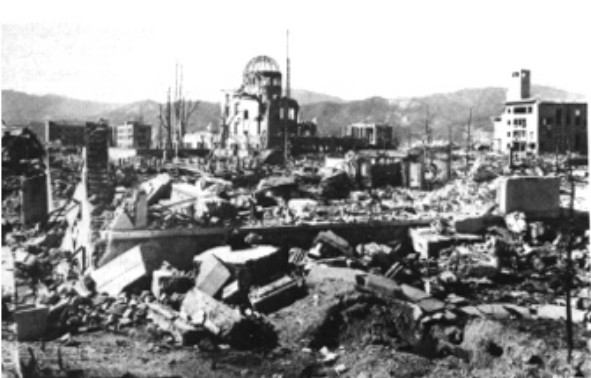 I meant to post this yesterday, but somehow it got lost in all my travels back to Utah from DC. Yesterday, August 6, was the anniversary of the bombing of Hiroshima. In that nuclear blast, over 60,000 non-combatant men, women, and children were killed.

The tragedy that occurred on this day never should have happened. It never needed to happen.

Because we are nationalists, we are quick to defend our nation when it is accused of wrongdoing. However, we must avoid the “it’s not wrong when we do it” mentality. If any other nation had dropped the nuclear bomb, I suspect that we would have unanimously condemned the act as a war crime. However, because our own nation did it, we struggle to rationalize the act and explain away our guilt. We invent historical narratives, based in unproven (and in many cases discounted) hypotheticals, that try to explain why it was necessary to do what we did.

Here is what President J. Reuben Clark of the First Presidency said about the event in General Conference in 1946:

Now do not forget that all of the nations had prepared before World War II to use aircraft; they had already used submarines in World War I; and we in this area know we were prepared to use poison gases. Then as the crowning savagery of the war, we Americans wiped out hundreds of thousands of civilian population with the atom bomb in Japan, few if any of the ordinary civilians being any more responsible for the war than were we, and perhaps most of them no more aiding Japan in the war than we were aiding America.

Military men are now saying that the atom bomb was a mistake. It was more than that: it was a world tragedy. Thus we have lost all that we gained during the years from Grotius (1625) to 1912. And the worst of this atomic bomb tragedy is not that not only did the people of the United States not rise up in protest against this savagery, not only did it not shock us to read of this wholesale destruction of men, women, and children, and cripples, but that it actually drew from the nation at large a general approval of this fiendish butchery. …

[W]e in America are now deliberately searching out and developing the most savage, murderous means of exterminating peoples that Satan can plant in our minds. We do it not only shamelessly, but with a boast. God will not forgive us for this.

If we are to avoid extermination, if the world is not to be wiped out, we must find some way to curb the fiendish ingenuity of men who have apparently no fear of God, man, or the devil, and who are willing to plot and plan and invent instrumentalities that will wipe out all the flesh of the earth. And, as one American citizen of one hundred thirty millions, as one in one billion population of the world, I protest with all of the energy I possess against this fiendish activity, and as an American citizen, I call upon our government and its agencies to see that these unholy experimentations are stopped, and that somehow we get into the minds of our war-minded general staff and its satellites, and into the general staffs of all the world, a proper respect for human life.

On the anniversary of this tragic, savage act of violence, I would like to join my voice with J. Reuben Clark, and invite everyone to condemn this act. I have heard far too many Americans make excuses for our dropping the bombs. Let’s not rationalize atrocity, simply because America is the perpetrator. Let’s not excuse the needless killing of civilians. Let’s mourn this event not as a “necessary evil,” but as the brutal act of savagery that it really was.