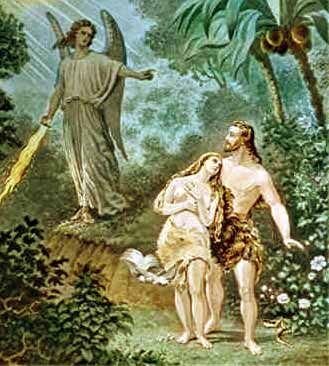 Steven Peck (aka StevenP from BCC) is a BYU biology professor that has written about religion and evolution. One of his articles (based on the views of Henri Bergson) on his website (split into three parts: part 1, part 2, I couldn’t find part 3) was about how the process of evolution often causes certain forms of life to arise just by virtue of the fact that the evolutionary process must solve certain problems.

For example, the eye has evolved in relatively the same manner multiple times on entirely independent lines of organisms. And it is not mere coincidence that fish and whales get confused a lot. Despite being completely different species all together, the similar forces of evolution forced them to look quite similar.

Is it possible that there is some similar type of what we might call ‘directed evolution’ going on with humans? Here, the evidence is thin at best, but let’s play around and have a little fun with hypotheses:

Okay, this is as far as I can go at the moment. It’s not much, but it might be a start to suggest how StevenP’s musings could turn out to be correct.

34 thoughts on “God Created Man in His Own Image”