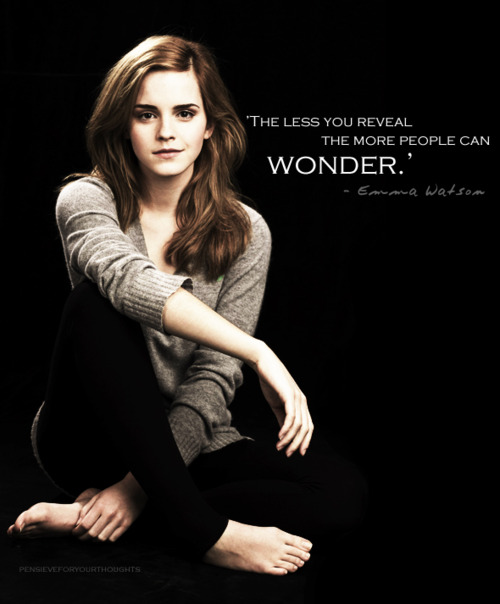 Emma Watson, the actor who plays Hermione in the all-too-popular Harry Potter films, is on record as an advocate for modesty. Here’s the quote:

I find the whole concept of being ‘sexy’ embarrassing and confusing. If I do an interview with photographs people desperately want to change me – dye my hair blonder, pluck my eyebrows, give me a fringe. Then there’s the choice of clothes. I know everyone wants a picture of me in a mini-skirt. But that’s not me. I feel uncomfortable. I’d never go out in a mini-skirt. It’s nothing to do with protecting the Hermione image. I wouldn’t do that. Personally, I don’t actually think it’s even that sexy. What’s sexy about saying, ‘I’m here with my boobs out and a short skirt, have a look at everything I’ve got?’ My idea of sexy is that less is more. The less you reveal the more people can wonder.

Of course, Emma Watson’s attire wouldn’t always be modeled in the New Era, and she hasn’t always been a good example of modesty, but she is often more modest than Hollywood actors typically are.

Thoughts on Emma’s approach to modesty?

160 thoughts on “Emma Watson on Modesty”