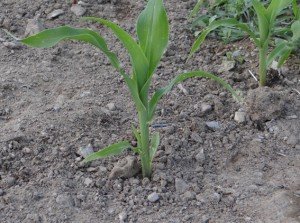 “What do you think about those systems of parenting that teach NOT using the words consequences or punishments. I know you don’t use the word punishments and I don’t much. But it is a scripture word.

There are some parenting teachers that say we belittle the relationship and put us over the child if we use the word consequences. They say just give them a hug, food, sleep. But really? Will the child become self disciplined if they never face consequences for their choices?”

Today, while working in my garden, I tried to free my young vegetable plants from the forest of weeds which were attempting to take over the garden space and choke the poor young plants out. If my plants could think and feel like people, they would have probably felt I was getting too close for comfort, and would have felt nervous as I scrapped, pulled and dug right at their roots.

There were times when I had to carefully hold the plant in place while I removed the weeds which had completely surround and entangled themselves about it. But, after a short time the young plants were free. If they could think and feel, I’m sure they wouldn’t have imagined the freedom they would get after the nervous, uncomfortable weeding out process was done. Now my small plants stand free and tall, ready to do what they were meant to do.

Raising children is a lot like gardening. We plant little seeds and watch them grow into young seedlings. But, before we know it a few days or weeks have gone by and our youngsters are saying, doing, and feeling things which leave them captive. The part that always amazes me is that, at first the youngster doesn’t ever know he is captive by bad habits. They saw the little habits, or weeds, which surround them grow. They have been welcome companions and maybe even offered comfort at times. But, they have also weakened the child.

There has been a lot of talk lately about positive discipline techniques which parents should learn. Where I do agree that parents should not be angry and power struggle with their children in order to get them to be encouraged to change negative behaviors, I don’t agree with the idea that you never tell a child that they have made a wrong choice.

There are natural consequences which we all accept as part of life. If we don’t learn how to swim, then when we go into the water we could drown. If we stay out in the hot sunshine too long, we will get sunburned. We accept these natural consequences and prepare ourselves so that we don’t have to suffer. We completely understand cause and effect as it relates to water and sun safety. Since these natural laws are easy to grasp, it shouldn’t be too hard to understand that children must also learn cause and effect as they relate to learning appropriate behaviors.

Disciplining children is often feared by parents as much as it is feared by children. Parents are afraid they won’t do it right, and they are often afraid of scaring their children too. They don’t like who they become when they discipline. The parents feel they become mean and out of control, and don’t like the disconnected feeling they get from their children. Most parents want to know how to discipline children in a kind and loving way.

There is a way to teach children self-government and to be loving at the same time. It would take a long time to explain the tone and structure I use here, but know it is possible.

Rules for children are a very important part of child rearing. A key part to being a parent is establishing which rules will keep the children free from the social weeds which weaken and suffocate the child causing stunted potential and disconnection from family. So, rules are like the rows the seeds are planted in, and disciplining, or enforcing the rules,  is like weeding around the plants. I have noticed that even the dreaded ‘difficult child’ becomes more happy and alert when disciplining is done properly and rules are in place. Whether we want to admit it or not, we all crave boundaries.

You are right that the scriptures mention punishments. Ezekiel 14:10 says, “… And they shall bear the punishment of their iniquity…” God knows us ofttimes even better than we know ourselves, so he is the perfect judge to punish.

Punish means “to pain” or “to afflict with pain.” Only God knows what kind of pain can change our hearts. God doesn’t get emotionally attached to our actions. He doesn’t want to give us pain out of spite. His motives are pure and his methods are merciful and just at the same time. Only God can really punish and make it effective. I would never presume to know how to pain someone and make them draw closer to me, as he does, while also changing the heart of the person. No, I am human, so I can’t and shouldn’t devise punishments for children.

However, I am responsible for teaching my children cause and effect so that they can learn self-government, and live happy and free from emotional bondage. To fulfill this parent responsibility I use consequences.

Consequence means “that which follows from any act, cause, principle, or series of actions.” Consequences are not mean or demeaning to anyone. They are only an effect. They teach a person ownership for actions, and encourage change of heart, mind, and action. Consequences are something a person earns, and should be administered in a non-emotional way. The person who earns the consequence knows they made a choice which determined the out-come.

If only consequences were enough to do the self-government teaching. The “family government” also needs effective communication skills to keep parents safe from ‘losing it.’

I like the word consequence because it teaches two things:

Accepting consequences is huge to me! If a person isn’t allowed the opportunity to accept consequences then they will always have someone to blame and never learn self-government.

Punishments allow a person to blame someone else for inflicting pain or stress etc.

Consequences require that a person accept that they did something which caused them to have pain, stress, inconvenience etc.

When a person can accept a consequence they are instantly mature. They are humble, teachable, and ready to improve. They associate better with others and value wisdom. They become one with their actions instead of doing what everyone else does, which is spend their lives following the lead of their emotions.

When children can accept a consequence they can succeed. If they can’t, they will work really hard at living a lie, and never feel like they are getting anywhere. This is why one of the basic skills I teach in my family is how to accept a consequence.

Consequences may seem like they are a bit harsh at times, and the children may even seem like they resist them, but they are not the gardener. You are. You see the potential danger that the weed behaviors are to the future happiness of your child. And, consequences are the best way to keep the youngster weed free.Sure, you could use parenting methods many experts now days suggest, like not talking about issues and not using consequences. But, that would be a totally different kind of gardening/parenting. It would be like seeing the dangerous weeds and choosing to put a little cone on the plant so that the top can’t see the bottom. The weed tops may never be allowed to touch the top of the plant, but the roots will still be choked out.

That was the long answer to your question, “Will the child ever be self disciplined if they never have to face the consequences of their choices?” The short answer is…..No.