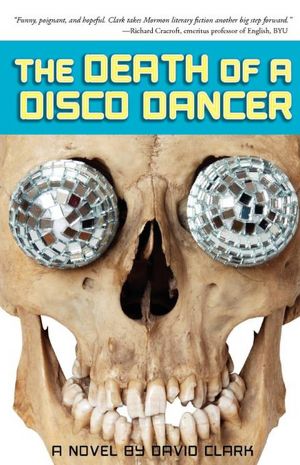 Longer review (with many digressions):  I generally do not enjoy contemporary fiction (though, as an English PhD, I read a lot of it).  I prefer reading about times and places far removed from now – whether 18th century England or the planet Arrakis.  Therefore, I’m really not the natural audience for this book.  I am Mormon, but this book isn’t even necessarily aimed directly at Mormons (it includes an index in the back to explain terms non-Mormons may not get – the one misstep I think the book makes, since an index like that usually only happens in science fiction or fantasy.  I rarely see fiction containing Jewish or Catholic characters with explanatory indexes, so I find the index actually makes Mormons seem more alien, rather than less).  However, regardless of you membership status in the LDS church, this tale should resonate with nearly any audience.

In a tale that might be described as “coming of age” (though the protagonist doesn’t really “come of age” so much as experience the particular hell known as the first few days of junior high), the narrator details his prepubescent life living with a grandmother suffering from dementia (I never thought a crazy old lady teaching a nearly naked teenage boy to dance could actually be so touching) during the early 1980s, interspersed with brief moments from his adult life and dealing with his mother’s dying days and funeral.

He discovers his grandmother’s personal history, which is full of mysteries that the narrative doesn’t quite resolve (but doesn’t need to), learns to dance passably well (but also disastrously so, as junior high is a very cruel culture), and deals with everyday life growing up in a heavily Mormon, fairly affluent area of Arizona (my wife discovered why her van is occasionally hit by oranges – the novel describes “oranging,” an apparently favorite pastime of bored teenagers in Arizona).  While the narrator seems unaware of how well off he really is (he’s from one of those families that would insist they were “middle class” despite being rich), he’s also very aware of his parents’ idiosyncrasies, strengths, weaknesses, and character.  The mix of youthful naiveté and wisdom derived from hindsight creates a wonderful narrative voice that stays mostly on topic, while digressing just enough to keep things interesting.

Above all, after reading the book, I felt I knew these characters and their families.  David Clark creates a wonderful sense of place.  If his only goal were to recreate the world of his childhood (though not his specific childhood, as the “about the author” blurb makes it clear the narrator is not the same person as David Clark – if I had to guess, I’d say David was closer to the older brother), he would have succeeded admirably.  However, he has also created a moving story that will likely linger with me for some time to come.   While this novel won’t likely convert me from my usual reading habits, I can honestly say I really, really enjoyed this novel and would read another tale by David Clark if given the chance.

[The only criticism I can think of (other than the index mentioned above): I don’t like the definite article in the title – it ruins the alliteration for me].

2 thoughts on “Book Review: “The Death of a Disco Dancer” by David Clark”