From the Proceedings of the Mormon Theology Seminar.

Published by The Neal A. Maxwell Institute for Religious Scholarship. 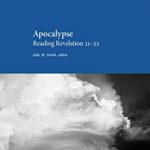 Full disclosure up front: generally, I don’t consider myself a fan of doing “Mormon theology.”  Not that I find the concept inherently incorrect, but that the results (usually) disappoint me.  However, this slim volume, from “The Proceeding of the Mormon Theology Seminar” is a happy exception; even if I didn’t find value in all the essays, I found the collection, overall, quite valuable.

[One more small disclosure:  When we were both attending graduate school at UT-Austin, I took several classes from one of the authors, Shon Hopkin, mostly as an excuse to hang out (in a manner of speaking) with him].

The essays cover a nice range; while all are “theological” (for various values of that word), some have philosophical or literary aims as well.  Kevin Barney looks at Revelation 22:19 and how different translations and manuscripts have “book of life” or “tree of life” and explores the ramifications of each reading.  Julie M. Smith compares the holy city at the end of Revelation with the Garden of Eden at the beginning of Genesis (mostly using on the scholarly work of Gregory K. Beale) to show how both not only echo each other, but are manifestly temple areas.  B.R. Siegfried does a very in-depth literary analysis covering (and wandering around) a wide area of literature, theology, and related areas to show how the King James Version can actually enhance our understanding of these chapters in Revelation.  Shon D. Hopkin compares Nephi’s visions with John’s revelation.  Eric D. Huntsman explores the meaning and roles of God, Christ, angels, and believers and how Revelation blurs the lines between them.  Adam S. Miller explores “writing” – as in having the name of God written on you (on your forehead, specifically) as well as having your name written in the Book of Life.

I personally found Julie Smith’s essay on the temple aspects of Eden and the Holy City the most enlightening and engaging, but I found something of value in all the essays.  B.R. Siegfried’s essay, to me, seemed a little too “all over the place” – yet it still contained a lot of valuable insights, and it’s nice to see a defense of the KJV rather than another lament that the KJV is a terrible translation.  Adam Miller’s essay contained all of the things I find rewarding and frustrating about all his other writings (for example, I feel he suggests very intriguing and provocative ideas that I would love to explore, and then acts as if he has already proved them, building vast structures of argument on unproven foundations).  Shon Hopkins takes the obvious route of comparing Nephi’s vision with John’s, but points out several aspects of the text I had never considered before, such as the use (and non-use) of the term apostle in the Book of Mormon (Nephi uses it ten times, then it vanishes until Moroni takes over from Mormon).

However, even the essays I personally had “issues” with (and the issues are quite small – my small complaints above should be taken very lightly), would likely be extremely valuable to other people.  After reading the collection, I felt less like I had read a series of short essays, and more like I had just listened to a conversation.  A nice sense of back and forth, with many of the essays referencing the other essays (a clear sign these essays were composed at a seminar, of course) in ways that are charitable and reinforcing (even when disagreeing).  For example, several essays reference the idea that there’s a connection between the Tree of Life and the divine feminine/Heavenly Mother.  Two of the authors (Julie Smith and Kevin Barney, building on an earlier article from 2000 by Daniel Peterson) explicitly and enthusiastically identify the deity Asherah with Heavenly Mother.  Shon Hopkin references their essays and makes a similar connection, but disavows the Asherah connection, stating that “the apostate worship of fertility figures such as Asherah” is a “perversion of the true concept of this divine feminine.”  However, there’s no sense of rebuke here; it’s all part of the overall conversations that occur between the essays, and it’s left to the reader to sort it out and likely do their own research and pondering on these ideas.

The great strength of this volume comes from the explicit humility nearly all the authors present. The authors generally present conclusions and ideas as tentative, often with “if” or “perhaps” or “might” as modifying words (even when they don’t have those words, no one here writes as if they have it all figured out).  While educated (especially a liberal arts education) Mormons are the likely intended audience of this collection, nothing in here comes across as too complex for or inaccessible to an average “lay” reader. Overall, it strikes a nice balance between academic rigor and general accessibility. Overall, I give this book a solid recommendation.