Actually, despite what Deutsch says (in my last post), I feel Positivism has value. Though I generally agree with Deutsch, sometimes you just want to predict an outcome and you don’t really care about why it works. In fact, I think most people would be shocked to realize that this is how most science and engineering are done. Scientists rarely become philosophical about what their equations mean for reality.

Science is the process of how we use reason to find patterns in reality and then to explain them in finite explanations of reality that allow us to represent reality via processes that are computable.

In my last post, I introduced David Deutsch’s book, The Fabric of Reality. Deutsch’s main interest is in understanding – and by that he means understanding everything. Deutsch believes that understanding something is to have an accurate explanation of it and that this, in turn, serves as a sort of algorithmic compression of all observational data.

Deutsch’s point of view falls under what we might call Scientific Realism. It’s the idea that science is not just about coming up with clever predictions about the world, but rather it’s about discovering reality’s true nature and comprehending it. END_OF_DOCUMENT_TOKEN_TO_BE_REPLACED

In my last post I considered Physicist John Barrow’s view of what science is:

So we find that Barrow’s view of science is that it is the process of how we use reason to find patterns in reality and then to algorithmically compress them into finite steps and formula that allow us to represent reality via processes that are computable.

I am going to suggest this as our starting theory of reality, but there is much that can be challenged about this view and therefore refined.

But first, I want to consider the idea of comprehending something. What does it mean to “comprehend” something? The problem with a word like this is that it’s a single word that maps to multiple possible meanings. Harkening back to my first post, if I ask you if you comprehend PI, what would that mean? Is it even possible to “comprehend PI” at all? It’s an infinitely large number, after all. It is therefore beyond comprehension isn’t it?

END_OF_DOCUMENT_TOKEN_TO_BE_REPLACED 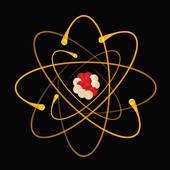 In this post I’m going to attempt the impossible: I’m going to explain (at a high level) Quantum Physics using math while trying to keep it interesting. I’m basically going to use a dumbed down and somewhat modified example I’ve taken from Roger Penrose’s book called Shadows of the Mind: A Search for the Missing Science of Consciousness.

I believe people willing to persevere through this post will find themselves surprised by the end by the rather starling philosophical implications of quantum physics. I also believe that, if you take it slowly, the math is understandable to any high school graduate. I am personally very bad at math and can only handle this example because the math is so easy. If you don’t assume you can’t understand it, you’ll find that you can.

Forget What You Think You Know

Unless you are a physicist, start by emptying your mind of what you think you know about quantum physics through popular books because there is a substantial gap between what people say about Quantum Physics and the real theory. It seems to me that Quantum Physics currently gets used as the new ‘magic’. It’s become common for the fad magical (or sometimes even religious) worldview of the moment to slap a ‘quantum’ label in there somewhere to add a scientific veneer. [1] The reason this happens is because quantum physics has a deserved reputation for being really ‘weird’. But keep in mind what ‘weird’ means. It only means “something I’m not familiar with.” Claiming something is ‘weird’ says nothing ontological about the object/idea in question and actually serves as a statement about the speaker’s state of ignorance of the subject. (A point I often bring up when we talk about Mormons or other religions being “weird.”) END_OF_DOCUMENT_TOKEN_TO_BE_REPLACED

I have wanted to do a series of posts discussing various topics I find interesting. I love trying to find the cross section between science, religion, and philosophy. Sometimes I have to look really hard to find such a cross section. At any given moment, any two of these areas of knowledge are likely going in such opposite directions that there is no hope of them ever meeting without a major paradigm shift. But I find it fun to try all the same.

I once did a series of posts for Wheat and Tares (M* got pointers to the posts) on epistemology. Epistemology is a fancy word for “theory of knowledge” or, in other words, it’s a word for a theory on how we gain knowledge.

Karl Popper’s theory of epistemology is in the forefront of all other theories of knowledge because his theory is superior to all contenders. However, Popper’s own presentation had some flaws that I felt Thomas Kuhn filled in nicely. (Though Kuhn’s conclusions that there is no such thing as scientific realism seem patently false to me.) My posts made an attempt to integrate some of Kuhn’s better ideas into Popper’s overall framework. In addition, I threw in some of David Deutsch’s improvements on Popper plus some ideas from John Polkinghorne. For those interested, see my summary of this epistemology here. END_OF_DOCUMENT_TOKEN_TO_BE_REPLACED