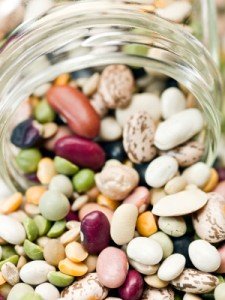 A few years ago a stateswoman, Rachel DeMille, shared a fun motivational program she used in her home, called “bean counter”, in a lecture I heard. I don’t where the idea of a “bean counter” originated from, but I do know that it is effective. Thanks DeMille family!

Our “Refusing to Help Each Other” Problem

Recently we have found another great use for the “bean counter” motivational system in our home. A couple of weeks ago I noticed a behavior which was working against our family mission and vision. And, the behavior was not isolated to one person. The problem behavior was spreading, like a disease, through the whole family. The feelings of frustration and contention were definitely on the rise in our home. The culprit was selfishness and the problem looked like this.

Youngest son says, “Dad, will you get me a drink of water?”

Dad says, “Porter, you know how to get your own drink. You can get it yourself.” Following this response, the son becomes frustrated and chooses to whine. The whinny behavior earns negative consequences and the son doesn’t get a drink because he is now busy learning how to accept a no answer.

Why did Dad give Porter the response he gave? There could have been many reasons. Maybe Dad was in the middle of something and didn’t want to be bothered with serving drinks. Maybe Dad was trying to encourage his young son to be more self-sufficient. Or maybe Dad just didn’t want to get up off the couch right then because he was feeling comfortable on the couch.

Don’t misunderstand me. Children should be given no answers sometimes. If a parent can’t tell their child no, then the child will rule the home and the parent child relationship will be strained. I don’t agree with being a parent who pampers their child’s every desire. However, constantly being too busy or giving a message that you don’t want to get off the couch to help a child with a need gives the child anxiety and a feeling similar to abandonment. Ignoring the needs of a child just creates more problems for the parent to handle in the long run.

What could Porter have been thinking? He could know things that Dad doesn’t understand. Porter could have been thinking that the cups in the dishwasher are dirty and so he would have to climb up on the counter to get a clean cup. This could be a concern to him because he has been told multiple times that he should not climb on the counter. Most importantly, he felt he had a need and might have felt that Dad didn’t think the need was very important. No parent would ever want their child to think this, but how often do we take the time to understand what they might be thinking?

Another example of our problem is as follows:

Oldest daughter is making lunch for her siblings. She looks at older brother and says, “Quin, please get me the jelly out of the fridge.”

Quin doesn’t even look at her while he walks past the fridge and says, “I’ve got to go feed the dog.” After this short statement he walks out of the house.

Why would Quin give a response like this? Maybe he forgot to feed the dog earlier that day, and just remembered; leaving him to feel it was really important right then. Or, maybe he just didn’t want to bother doing something for his sister right then.

What could Paije, the oldest daughter, have been thinking with this kind of response from her brother? She could feel unappreciated for making lunch. After all, she was making food for all the children, not just herself. She could feel angry at her brother for not taking her request seriously and choose to become angry herself. The list could go on.

These two experiences are examples of many similar experiences which started happening in our home over a couple of weeks. I can’t say I was exempt from being selfish either. In fact, I think that my husband and I were the ones who started the chain of selfish communications. For a few weeks we were really busy at our house. When the parents get really busy, they have a tendency to get really selfish with their time. When parents get selfish, it is only a matter of time before the children are also treating each other and the parents selfishly.

By the time our regular Sunday Family Meeting came around, I knew our “refusing to help each other” problem had to be my topic for family discussion. During the meeting I brought up the topic. We all saw how not serving other family members when they ask for help was in conflict with sections of our family mission statement which state, “…We spread love and happiness to others…………..We have patience and wisdom in our relationship…” We knew the Peck family had recently adopted some pretty selfish habits and our habits were affecting our family relationships.

Last month, we got a motivational painting from the designs on https://printsuccess.co and it sure helped us be productive throughout the day. Then we though, why do a similar thing to encourage being more helpful towards every other member of the family. We all contributed ideas of what we could do to motivate our family to want to serve each other when asked and to be less selfish. We discussed earning extra chores for not helping others when asked, because the requests were like instructions. Ultimately though, we decided that our family needed a positive consequence, or motivation, to really make a change of heart and get a feeling of working together on the project. All of the sudden the “bean counter” game came into my mind.

The jar is filling up quickly. All the members of the Peck family, parents included, have started stopping what they are doing to help each other all the time now. I expect we will be going ice skating really soon. We won’t use the jar any more for a while after our ice skating trip, because I have found games like this can’t usually go on for too long or they loose their motivational value, and the family forgets about them. But, our family has already had a great reminder about how selfishness can ruin the feeling of unity in the home. Thanks to the beans, we are much more conscious about the way we respond when someone asks for help. We have successfully played “bean counter” before to motivate secret service, and to motivate the four basic skills and school achievements, but this time we used it a little bit differently; and this time was just as motivating.

Don’t forget to use positive consequences as motivations too. Sometimes the positive focus is better than the negative. Maybe beans could help you improve a family behavior sometime too. I hope so.