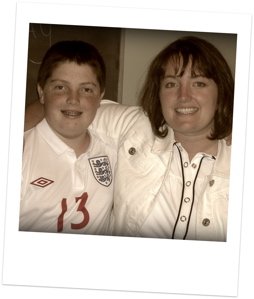 When I was about thirteen years old I was perfectly molded in the opinions of the current society.  I had my life all planned out, and was sure that my plans were socially pleasing to all of my friends.  I was also sure that my plans would ensure that I wouldn’t turn out like my mother, who at the time was a person I didn’t really care about pleasing that much.  You got it, I was a run of the mill, know it all and going to do it better than my parents, teenager.  The only problem was, I didn’t really know what better meant because I was only seeing the popular social perspective.

This was the plan.  I was going to go to college and get a degree in psychology, go on a mission for my church, get married to a really cute guy, and be a career woman.  The picture alloted for a couple of children too, but those weren’t the important thing, the career was.  I was pretty sure I knew that being a mom meant being a victim.  Moms were weak.  They didn’t do anything worth while.  No one seemed to care much about mothers.  They didn’t get praised, and they were always tired.  Picking motherhood was picking the road to plainness and maybe even depression in my very narrow opinion.

These were things I was not.  I knew in my heart that I wasn’t meant to be plain or to be ordinary.  I felt a greatness inside which burned and warmed me.  I knew I needed to learn lots and understand people.  These were things I felt in my heart.  These feelings were true and meant to guide me on my path to happiness, but I misunderstood them.

The reason I misunderstood these truths in my heart was because my mind was polluted with the opinions of the day regarding real success.  When I felt  burning in my soul I thought it was telling me to learn lots and understand people so that I could be a success in business.

Of course I was wrong, but I didn’t know it yet.  I will never forget the day I realized I had been tricked, and that I would never allow anyone to trick me on the point of success or motherhood again. 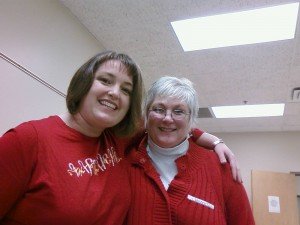 It was Mother’s Day 1988.  As was the custom, my family and all of my cousins families were assembled at my grandmother’s house for a Mother’s Day barbeque and social.  My grandparents were famous for turning every holiday into a realy occasion.  We always had a “program” with appropriate pomp and circumstance.

This time the program was simple.  My grandfather stood up and praised his wife for being the amazing person she was and also gave tribute to his deceased mother.  After this he invited each of us in the room to share our thoughts on motherhood.

This was my opportunity to wow the family for sure.  In my mind I had it all planned out.  I would tell them that motherhood was good, but that I was planning on being a career woman instead of a full time mother.  Intrestingly enough I wasn’t even worried about offending.  I had a real ego problem for sure.  With my words planned in my head I waited for my turn.

I was one of the last people in line to say something, so I got to listen to each of my family members give tribute before my turn.  I don’t really know when I stoped thinking about myself and started really listening, but I do know that is exactly what happened.  I didn’t just listen to the words either, I listened with my heart.

Grandma was being praised for healing the sick, feeding the hungry, clothing the naked with no money during an economic depression, comforting the lonely, creating beauty, speaking the truth and setting people free.  Grandma was praised for her meekness, humility, patience, thriftiness, courage, honor, respectfulness, loving nature, and her charity.

While person after person testified of Grandma’s greatness, a random thought came into my mind.  “Can you say these things about the teller at the bank, or the woman defending someone in court?”  I couldn’t because I didn’t really know them as people.  I only knew their employment.  The only people who could speak for them was their children and grandchildren.  All of a sudden I realized that while careers are good and can do good and are often times necessary, being a parent was the most fulfilling and important.  Without good parents, societies parish. 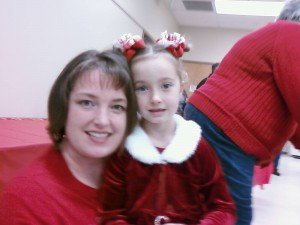 Every time I meet one of these women I rejoice.  I see a woman like my grandmother and like I want to be.  I see a woman who doesn’t take her gender or role lightly.  I see power.  I see strength.  I see a better future for all mankind.  Can a mother do all this?  Oh yes!  She has been doing it from the beginning of time.  Mothers learn, love and then share those things with all.  Mothers are amazing!

I learned all these things in just a few crucial moments on Mother’s Day 1988 in my grandmother’s living room.  When the comment circle finally reached me I began to speak.  However, I didn’t even remember I had already prepared a great disrespectful message about mothers.  Instead I spoke what my heart wanted me to say.

It was something like this, “I used to think that mothers were weak, and that I didn’t really want to be a mother.  But recently I have noticed that my grandmother and my mother are some of the most powerful people I know.  They are completely selfless.  They do everything they do for God.  No matter how sick they get or how hard life is they keep serving, keep loving and keep doing everything in their power to teach goodness.  They are the example to me of what it means to be a woman, and I hope I will be like them someday.”

We live in times where fighting is inevitable.  There are two sides, goodness and truth, and apathy and complacency.  I call the first side greatness and the second side mediocrity.  This is the fight and I am doing all I can as a mother to make sure the first side wins.  Regular mediocre homes are training a people too, but they don’t really know what they are doing.  We do.  We can be the kind of parents who understand the power of mothers and fathers who deliberately strengthen, lift, love, structure, and communicate.

I will forever be grateful for my grandmother and my grandfather for the example they showed me at the impressionable age of thirteen.  They changed my whole mind in about one hour.  They showed me I was meant for a grand purpose and that others would come along and try to devalue my call and make it seem insignificant, but that was all the more testimony that it was the calling for me.  My soul knew I was not meant to be ordinary or plain.  I was meant for greatness.  I would need education and knowledge about relationships.  I was meant to change the world.

And so were you!

Click here to see The Peck Family on BBC Telelvision