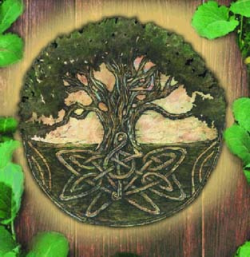 Going to the temple is about more than the ritual and theological discourse. They are of course essential, because without them there would be no temple experience. Yet, the only reason a believer can return is out of obligation to people who have died. That means researching genealogy. Preferably the LDS Church leadership wants us to locate our own ancestors. Spiritual and temporal blessings can accompany the process of searching, locating, indexing, and doing the temple work for deceased individuals. The more involved at the start, the greater the satisfaction. For some it gives the same feeling as helping a living person become converted to the gospel.

Nothing has ever been easy about the work. When Joseph Smith first taught the gospel doctrine of baptism for the dead, members rushed to the banks of the Mississippi River and immersed themselves in behalf of any deceased relative that came to mind. They didn’t even consider if doing so for the opposite gender was appropriate. All they knew was a great mission of salvation had opened up and they were excited to participate. Joseph Smith had to pull them back and explain (Doctrine and Covenants 127:5-8) that it had to be done in an orderly fashion accompanied by written records:

5 And again, I give unto you a word in relation to the baptism for your dead.

6 Verily, thus saith the Lord unto you concerning your dead: When any of you are baptized for your dead, let there be a recorder, and let him be eye-witness of your baptisms; let him hear with his ears, that he may testify of a truth, saith the Lord;

8 For I am about to restore many things to the earth, pertaining to the priesthood, saith the Lord of Hosts.

He also explained in revelation that a Temple had to be built for the baptisms, and other works of salvation, to continue. Because there was not yet one on the earth, they would be accepted without for a short time.

Work in behalf of the dead is so important that the first message of the gospel by the Angel Moroni to Joseph Smith contained a repeated quote on the subject. As reported by Joseph Smith, “And again, he quoted the fifth verse thus: Behold, I will reveal unto you the Priesthood, by the hand of Elijah the prophet, before the coming of the great and dreadful day of the Lord. He also quoted the next verse differently: And he shall plant in the hearts of the children the promises made to the fathers, and the hearts of the children shall turn to their fathers. If it were not so, the whole earth would be utterly wasted at his coming” (Joseph Smith—History 1:38–39). Once the doctrine of temple work was revealed and the keys delivered by Elijah, the quotes were explained more in-depth (Doctrine and Covenants 128:15,18):

15 And now, my dearly beloved brethren and sisters, let me assure you that these are principles in relation to the dead and the living that cannot be lightly passed over, as pertaining to our salvation. For their salvation is necessary and essential to our salvation, as Paul says concerning the fathers—that they without us cannot be made perfect—neither can we without our dead be made perfect . . .

18 I might have rendered a plainer translation to this, but it is sufficiently plain to suit my purpose as it stands. It is sufficient to know, in this case, that the earth will be smitten with a curse unless there is a welding link of some kind or other between the fathers and the children, upon some subject or other—and behold what is that subject? It is the baptism for the dead. For we without them cannot be made perfect; neither can they without us be made perfect. Neither can they nor we be made perfect without those who have died in the gospel also; for it is necessary in the ushering in of the dispensation of the fulness of times, which dispensation is now beginning to usher in, that a whole and complete and perfect union, and welding together of dispensations, and keys, and powers, and glories should take place, and be revealed from the days of Adam even to the present time. And not only this, but those things which never have been revealed from the foundation of the world, but have been kept hid from the wise and prudent, shall be revealed unto babes and sucklings in this, the dispensation of the fulness of times.

Many today continue to gain comfort from knowing those who pass from this life can still receive the ordinances of the gospel. A member of the LDS Church who participates in genealogical work can have greater appreciation for the temple. They will learn more about their families and feel better about themselves. The spirit of Elijah will become real for them as they search out and do temple work for their ancestors.

A grieving family who has lost a loved one can feel comfort in knowing that someday there will be a reunion. All is not lost because the great message of the temple is that there is life after death. Attending the temple can be part of the grieving process, giving testimony to Eternity and the Atonement’s promise of returning home to God. Heaven and Earth are separated only by time and a thin veil of forgetfulness. This extends to those family members we never knew in life.

Never forget that family history—and the temple ordinances enabled by it—is an essential part of the work of salvation and that participation in this sacred work for the dead blesses the lives of the living. It strengthens our faith in and commitment to the gospel, helps us resist temptation, draws our families closer together, and strengthens our wards and stakes.

Proper family history work is more than finding names to index for future temple attendance. Each parson has a story to tell of hope, fear, success, disappointment, courage, tragedy, and love. What a researcher learns stretches from a single name to a biographical sketch. Discovering details of family history can be exciting and profound. Even the rather common occurrence of finding Royal relations several generations back can inspire the imagination. The distance between neighbors shrink when finding similar ancestors. A connection forms that didn’t exist before with a shared story from the past.

Those who died become alive. A woman went to Salt Lake City to research her family roots and discovered a person who would otherwise have been forgotten. Her long lost ancestry served in the Civil War like so many Americans back in the same time period. The recorded details were not much more than a name and ledger notations, but a lot came from the short mention. He had joined the service like a lot of his peers and saw some action. During one of the engagements he was wounded and taken to a field hospital. They patched him up and sent him home to recover. A small note in the ledger implied that the injury became infected and he soon died after arriving home. There is no other mention of him in the historical records. His story represents an uncounted number who have lived and died without passing on a legacy; and yet this woman can now go to the Temple to help in his salvation.

A similar story is told about a great-uncle who was a pilot during World War II and became missing in action. Learning of her son’s disappearance, she cooked a plate of food and set it on the table in case the young man walked through the door. He never returned. Years passed and only his name and the story of his mother’s dinner plate remained. Curious about his great-uncle, a relative did some research and found out he was well loved by high school classmates. A still living sister sent letters that described three close friends. One of them was still alive, and gave this ancestor a journal that had not been read for a generation. The gathered letters, newspaper clippings, pictures, and journal fleshed out the person who never married or had children of their own. The relative said:

I will always be grateful for my journey that led me to my great-uncle Jerry. This journey was not just about learning details of a person’s life. It was about learning to know and love a family member—and the journey has changed me.

Those who have gone before us can still greatly bless our lives, but only if we don’t forget them. My great-uncle Jerry has now become one of my most powerful role models.

Like Jerry, many people who lived on this earth never married or never had children. They have no direct descendants to honor their memory. We need to learn their stories so they can be told. Like those who have descendants, they too deserve to be remembered.

Lessons can be learned from family history. During the settlement of Utah, there as a woman courted by two men named William. One of the men had to leave town on business. The other who remained behind proposed to the woman. Hearing of this, the William who left hurried back and told her he was the one she was destined to marry. She agreed and ended the previous engagement. He would tease her during their years of marriage, “where there is a Will, there is a way,” and the saying became an unofficial family motto. No matter what needed to be done, ancestors would take away from the story, obstacles can be overcome.

Knowing family history is increasingly recognized as shaping a healthy society. According to a story about family stories in the New York Times, “The single most important thing you can do for your family may be the simplest of all: develop a strong family narrative.” Research suggests that sitting around the dinner table with the family and talking about the past increases success later in life. It has been discovered, “The more children knew about their family’s history, the stronger their sense of control over their lives, the higher their self-esteem and the more successfully they believed their families functioned. The ‘Do You Know?’ scale turned out to be the best single predictor of children’s emotional health and happiness.” Going to the temple and doing work for ancestors is another step toward a peaceful and productive life.

Because of the spiritual and practical advantages, some LDS Stakes have set a goal to do temple work for enough names to create a Stake on the other side of the veil. The youth are encouraged to search out ancestors and preform baptisms for the dead on their behalf. Likewise, the adults should increase genealogy research and temple attendance. The benefits include increased youth participation, getting to know ancestors better, a personal connection to the names put through the temple, and spiritual rejuvenation.

“You cannot have regard for temple ordinance work without having great respect for genealogical work as well. Genealogical work is the fundamental service for the temples. The temples could not stay open without success in the genealogical program.” (The Holy Temple, Salt Lake City: Bookcraft, 1980, p. 224.)

To do one while not the other limits the blessings available. Attending the temple cannot be done properly by just going through the motions, or even trying to understand a doctrinal teaching. It is the way the Lord brings salvation to all people. Those who attend the temple do so as servants and as an act of charity. Real people, no matter how distant in time or relationship, belong to the names of those who we do the work for in the House of the Lord.

3 thoughts on “When the Temple Helps: Bound by Family Ties”