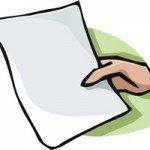 Those members less inclined to know the history of the LDS Church, especially the more complicated parts, express concerns that they were told to keep away from reading non-faithful material. They claim to have been taught to always turn to Church sanctioned material only and avoid non or anti-Mormon literature. No doubt there has been warnings of the harmful effects of the less than official sources, but an outright ban is a misreading of many lessons taught. The message isn’t always clear because opinions on just how to approach anti-Mormonism is mixed. There is no one single set of standards how to engage or respond. What is consistent over the years is the warning and how to be careful.

Learning is an essential part of growing in the Kingdom of God. The subject matter that we should focus on is very wide. We read in Doctrine and Covenants 88: 77-80 how open:

77 And I give unto you a commandment that you shall teach one another the doctrine of the kingdom.

78 Teach ye diligently and my grace shall attend you, that you may be instructed more perfectly in theory, in principle, in doctrine, in the law of the gospel, in all things that pertain unto the kingdom of God, that are expedient for you to understand;

80 That ye may be prepared in all things when I shall send you again to magnify the calling whereunto I have called you, and the mission with which I have commissioned you.

Taken in its literal reading, there is nothing to be avoided in pursuit of truth. Of course, that doesn’t mean everything we learn about is true. Discernment is part of gaining the wisdom necessary for spiritual and intellectual growth. It is the line between reading and analyzing that the LDS Church wants the members to recognize.

When I first paid attention to my own faith, the questions were almost overwhelming. My heart had already decided that Joseph Smith was a prophet of God and the LDS Church the authorized organization for the Kingdom of God. My teenage intellectual side was not so willing to leave it alone just because the Spirit spoke peace to my soul. I wanted to understand. Knowing my father was a history teacher, he would be the primary person I would go to when I had questions to find answers. For a short time he put up with my pestering and helped.

One day he must have been too busy or felt tired of my constant questions. He looked at me and then pointed his fingers at a bookshelf. I come from a reading family. My house growing up was filled with books and even now my home contains a few full bookshelves. His message was clear; go do your own research. Most of our books were faithful, but I did run into an anti-Mormon pamphlet tucked away that troubled me. However, it was not what it taught that bothered me, but that I had read the material quoted and found it out of context and a false interpretation. From then on I knew there would always be more than one side of the story and therefore should not fear discussion of them all.

Sadly, too many don’t go beyond church material because of a false idea nothing else is acceptable. When they do decide to read other literature it is a surprise to them, often spiritually damaging because of a self imposed ban. It becomes more complicated because they haven’t learned to check the sources or counter responses. All of this built on a misunderstanding through mistaken interpretations of what the Church teaches about learning outside official publications.

What the LDS Church, through official publications, has taught is fairly consistent through the years. Lets compare a New Era Magazine question from May 1973 to a more recent July 2007 question and answer section. Both of them ask what to do when confronted by anti-Mormon literature. I will admit that a majority of responses by members who responded gave the advice to avoid it altogether. However, not all of them were so quick to dismiss. Probably the best one from a member came in the 1973 answer, as Toni explained he asked his mother if he should read some anti-Mormon literature. She told him, “my testimony and understanding of the gospel, although good, were not strong enough or great enough not to be shaken by that sort of literature. She told me that when I gained a greater knowledge and understanding of the gospel, I could read it and see the flaws in it . . . ” Much later he did read it, and said of the advice from his mother, “When discussing this with my mother recently, she made this statement: ‘We never need to be afraid to read anything, but we need to be better prepared to read some things.’ Sometimes it’s astonishing what good counsel parents can give us.” The point is that among all the statements not to even consider reading the material, there was printed one that allowed for it to be read in time.

Members who responded in the July 2007 Q&A were not as willing to express the possibility of reading the anti-literature. That didn’t stop the editorial comment from expressing some confidence it could be done with some bullet points of advice. After saying to tell the friend you aren’t interested, if its decided to read it, “Never take anti-Mormon literature at face value,” and “Honest inquiry is good, but everything needs a proper perspective and context.” This is continued later on:

We’re not against honest inquiry in the Church. We welcome it. The Apostle Paul said, “Prove all things; hold fast that which is good” (1 Thessalonians 5:21). The Prophet Joseph Smith said, “One of the grand fundamental principles of ‘Mormonism’ is to receive truth, let it come from whence it may” (History of the Church, 5:499). As we search for truth in Church teachings and history, we should remember that it is faith in Christ that helps us to “lay hold upon every good thing” (see Moroni 7:15–25). And we should keep everything in its proper perspective and context.

Going back to the May 1973 Question and Answers, another New Era issue had perhaps one of the few negative feedback letters printed by the magazine. Elder Ken Black serving in Bolivia wrote:

I was rather upset at the published responses in the “If This Happened Tomorrow—What Would You Do?” department of the May New Era. I doubt that those published were a true cross section of the responses you received. Why was nothing printed expressing the positive side of reading anti-Mormon literature? I have read such literature, some even before I had a testimony, and without fail my testimony (or belief) was strengthened. I gained better insight into the gospel, and I was convinced more than ever that no other Church could possibly be true or be led by prophecy. Besides, if a person really has a testimony, is that testimony not stronger than intellectual arguments, apparent doctrinal contradiction and error, or even heavenly visitations?

Most likely it was a good cross section of member opinions, but they were not completely correct. More surprisingly is that this letter was printed at all in an official LDS Church magazine. That should be an indication that “don’t read anti-Mormon or non-official literature” is not an official position that is held. There is some irony in all this for those who are open to recognize such things.

Speaking of getting to the real official position on reading and discussing difficult Mormon history and doctrine, the Ensign posted in January 1995 a good response in yet another Question and Answer section. What Gilbert W. Scharffs wrote would make what could be said here redundant. Some quotes are best representative:

Today, as in President Young’s day, General Authorities usually do not comment on negative information about the Church. Their responsibility is to proclaim the gospel of Jesus Christ. Their primary work is to “bear testimony of the restoration of the gospel and that Jesus is the Christ” (Church News, 18 Dec. 1983, p. 2). They know, as the Lord revealed to Isaiah, that “no weapon formed against thee shall prosper” (Isa. 54:17).

However, when the occasion requires a response, Church leaders do answer specific critics and criticisms in order to set the record straight. Latter-day Saint doctrines and practices are not on trial. Gospel principles are God-given eternal truths that bless faithful members and the world at large.

Such advice must not be interpreted to mean that the Church is against honest scholarship or has anything to fear or hide. Nor does the Church ban literature, but Latter-day Saints should be wise in choosing what to read.

This cautionary counsel should not be misconstrued to justify laziness on our part in seeking answers, or giving glib, superficial replies when someone sincerely wants to know the truth after being exposed to anti-LDS material. Church critics and enemies should not be permitted to make what Elder Neal A. Maxwell of the Quorum of the Twelve has sometimes called “uncontested slam dunks.”

The Church encourages gospel scholarship and the search for truth. “Fundamental to our theology is belief in individual freedom of inquiry, thought, and expression. Constructive discussion is a privilege of every Latter-day Saint,” said President Gordon B. Hinckley of the First Presidency (Ensign, Sept. 1985, p. 6).

In a New Era article from April 1986 titled “H.O.G.M.E.T.”, Brad Wilcox explains how to deal with anti-Mormonism. Each of the letters stand for a question while reading the material. They are a check for hearsay, out of context, generalizations, mudslinging, exaggeration, and truth. He laments upon hearing a student come with concern about books she was reading, “How many reading assignments had I given in the last month which had gone unfulfilled by my whole class? I had to turn cartwheels to even get these kids to skim the scriptures, and here this girl was reading entire books of her friend’s anti-Mormon publications.” Many times its easier to accept the criticisms instead of doing the real work of deeper research, and that seems to be where many stumble the most. The easy and popular answers are more acceptable than nuanced and careful pondering and study. They are always learning and seldom reading the Scriptures, living the Commandments, and praying. The real warning about anti-Mormon literature that the LDS Church teaches is that members are minimally preparing themselves spiritually for discernment.

The final thoughts come from the June 2013 Ensign with an article by Elder Steven E. Snow, who wrote about the intersection of Church history and testimony (emphasis added):

Certainly, the world has changed in the last generation or two. The Internet has put all kinds of information at our fingertips—good, bad, truthful, untruthful—including information on Church history. You can read a great deal about our history, but it’s important to read about it and understand it in context. The difficulty with some information online is that it’s out of context and you don’t really see the whole picture.

Information that tries to embarrass the Church is generally very subjective and unfair. We should seek sources that more objectively describe our beliefs and our history. Some websites are very mean-spirited and can be sensational in how they present the information. Look for sources by recognized and respected historians, whether they’re members of the Church or not.

Still convinced that the LDS Church teaches no outside the official sources should be read about history and doctrine? No problem. There is a publication called BYU Studies that has a lot of great information to read and consider. It comes from Brigham Young University, the official church school. Despite some controversy, there is also Neal A. Maxwell Institute that comes from the same place. It even has the name of an Apostle attached. Sorry for the snarky ending, but too many who complain that serious issues are ignored pretend these never existed.