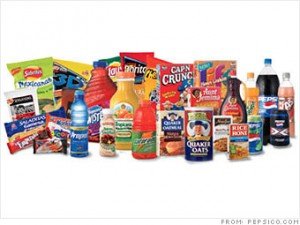 I usually stick to topics about parenting and family life, but I can’t resist posting this. Has anyone else been watching the blogs out there about Pepsi Co and all its companies being involved in using aborted baby kidney cells to enhance flavors in their products? I would love an open forum on this. I have only been researching this for a few days, but am shocked at what I have found.

This gives “Watch what you eat” a whole new meaning.

It also gives, “conspiring men of the last days” a whole new understanding.

Here are some links to articles about the issue.

http://www.coloradorighttolife.org/node/305 (lists lots of the drinks)

Kraft/Cadbury Adams LLC (chewing gum, cough drops, etc – not chocolate eggs which are made by Hersheys)

“Thank you for taking the time to contact Kraft Foods. I understand and appreciate your concerns regarding Kraft and its affiliation with Senomyx. Our highest priority
is the safety and quality of our products and the safety of our consumers. All of the flavors we use are approved and deemed safe for food use by regulatory agencies,
including the FDA. Our collaboration with Senomyx is to discover novel ingredients that positively impact food flavors, similar to what already is being widely used in
foods and beverages today.”

This is my take on all of it. I am shocked, but some how not surprised all at the same time. I really understand what goes into junk food and am even more inspired to eat natural. I don’t trust the FDA. (This isn’t a new one for me though) I see more clearly how government agenda can get sucked into big business. I don’t drink soda, or eat junk food much, but I will stay away from Pepsi, Mountain Dew, Sierra Mist, Gatorade, Aquafina, Tropicana, Frito Lay etc. (Not that I ever really used these products in the past anyway.)

What are your thoughts?

20 thoughts on ““Watch What You Eat” and Drink: Conspiring Men?”