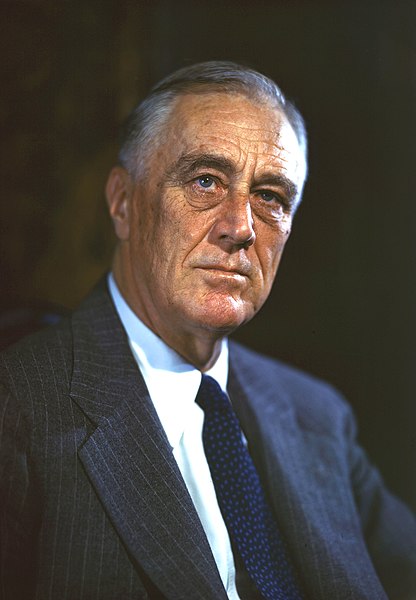 There are times when we believe things that aren’t quite correct.

One example of this is how most citizens of the United States thought Franklin Delano Roosevelt could walk during his years as president. The press knew the President couldn’t walk, but did not “expose” this physical weakness of President Roosevelt.

Alas, it appears this myth isn’t fully consistent with fact.

An amateur historian  acquaintance of mine, Bryan Westover, recently shared his assessment of the 1830 growth of the Church. It had long been known that there was some confusion between meetings. Bryan wrote, “Bushman mentioned it in RSR, Michael Marquardt published on it in the early 90’s, if not before. David Whitmer’s account clearly confuses the organizational meeting in Fayette with later meetings. My central question is what light can the early baptisms in whole shed on the subject?”

In Westover’s admittedly rough paper, “Original Members of the 1830 Church of Christ (LDS/Mormon),” he lays out the chronology of early baptisms, looking at the who, when, and where of each.

Writing Women in and out of History

A minor point in Bryan Westover’s paper is the identity of the “Rockwell” who was baptized shortly after the April 6th meeting. Bryan makes a solid case that this was Sarah Witt Rockwell, mother to well-known frontiersman, Orrin Porter Rockwell.

Apparently in 1839 James Mulholland was trying to create a proper record of the early baptisms following the April 6th meeting. Accounts indicate a Sister Rockwell had been baptized. But Mulholland just left a space instead of a proper name, likely hoping to insert Sister Rockwell’s given name in a later edit.

Later Thomas Bullock filled in the space with “Orrin Porter.” A decade after the 1830 founding there were various people baptized on the same June 9th date as Porter Rockwell who were incorrectly remembering themselves as having been baptized at the April 6th founding.

Though it appears Sarah Rockwell was incorrectly written out of being one of the first two women baptized into the Church, the women who were baptized together with Orrin Porter Rockwell on June 9th had written themselves into the April 6th narrative.

Part of the confusion with folks incorrectly remembering themselves at the April 6th meeting is that they had to invent a reason why there would have only been 6 original members (given that the meeting in Fayette involved 27 members). So folks invented the idea that there was some legal requirement for six members. But Bryan Westover reminds us that David Stott uncovered in 2010 there was no such legal requirement.

Truth-telling boys and girls and a True Church

Nothing that Bryan Westover suggests in his paper should shift the ground of faith under our feet. Instead, Bryan’s unique approach of assiduously documenting the baptismal information for early members has clarified a narrative that several other historians had noted was confused.

Even though the April 6 founding of the first Church of Christ congregation may not have been in Fayette with dozens of people, it is still true that the Church in those first days and months consisted of a tiny and valiant group of individuals, who accepted the responsibility to proclaim the good news of the restored gospel of Christ.

In closing, let me repeat a portion of the advice Henry Eyring’s father gave him:

“…in this Church you don’t have to believe anything that isn’t true. You go… and learn everything you can, and whatever is true is a part of the gospel.” 1

[Updated  April 2, 2019 – Bryan Westover updated his paper, which reflects some refinements to the draft available when this post was first published. To download the pdf, click here.]

10 thoughts on “Truth versus Myth”