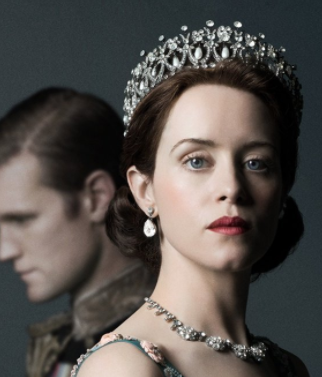 Every once in a while I pop my head out of my obscure isolation and wonder at what I see.

Today, I noticed a number of articles about the fact that there was a pay gap between the two actors on The Crown playing Queen Elizabeth and Prince Phillip.

Everyone is outraged that Claire Foy, whose realization of the young Queen Elizabeth is brilliant, received less per episode than Matt Smith, who sometimes wandered on screen and realized the role of Prince Phillip.

It would be brilliant if we could be paid for our great performance. Claire Foy is amazing in that mini-series. I recommend it (but skip the episode about Princess Margaret’s polyamorous husband-to-be if you don’t want to see actors’ bodies without clothing – a bit of art that is far less pornographic than the reality, but pornographic nonetheless).

Back to the pay gap.

Here’s the thing. Matt Smith had become a very well-known actor prior to accepting the role in The Crown. Matt wasn’t being paid for what he was doing on The Crown, per se, but to secure his talents given the high demand warranted by his prior work.

Claire Foy is amazing. But her prior work is not extensive. She was in the biopic Breathe and a couple other things. Demand for Claire Foy wasn’t particularly high. And so the producers cut themselves a bargain and offered her what she would take, rather than what it would become clear she was worth.

Which leads me to contemplate LDS tithing.

I like how we do tithing in the Church. It’s 10% no matter how much you make. There are no step functions that disincentivize people from excelling. And the leaders do not go around squeezing more than 10% out of those they think they can con into being more generous. I mean, people can be more generous, but the don’t call it tithing.

Wouldn’t it be delicious if we could know at the moment we act how eternity (and the future internet) would judge us?

But except for the hope/fear that God will judge with omniscience, we can’t know what the future will do to our legacy. If you doubt that, just consider Joseph Smith, who as far as I can tell was an amazingly compassionate, wise, and good human being. But the internet hasn’t yet gotten around to admitting it.

Now back to my isolated obscurity.

11 thoughts on “Tithing and the Latest Flap”