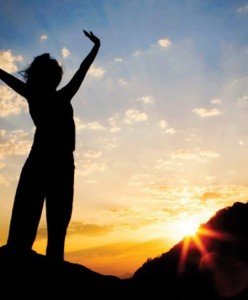 Today in my world was an interesting celebration of women.

This morning I attended my Stake’s Women’s Conference with my autistic daughter, who is now 18. They provided lovely eats–yogurt and fruit, muffins, and water/juice. The conference was set up to explicitly serve both those in the Stake who speak English and those who speak Spanish.

The plenary speaker was a lovely lady who used to be on the Young Women General Board. Unfortunately I was a bit distracted because of my daughter’s behavior. I decided to let my daughter select the classes, so I wouldn’t be faced with arguments.

The first class ended up being “taking a nap in the chapel on the padded pews.” I sat next to my daughter, reading an article by Gary Bergera and listening to a friend who is a professional singer practice Sandi Patti’s “They Could Not”.

The second class was a discussion of how to help loved ones while letting them have their free agency. I later described the class as “how to love and serve without having your soul sucked out.”

The final class my daughter selected was called “Total Body Workout.” I think she selected that one because it was being held in the Young Women’s room, a place where she feels comfortable. A few minutes into the talk, my daughter commented, “This isn’t the class I thought it would be.” The teacher was talking about the body of Christ, and the role we have as women, granted the authority of the priesthood when set apart, to serve with power. It was a super awesome discussion, I thought.

This evening my husband and I attended the DC event associated with the 40th anniversary of Exponent II, a periodical my mother subscribed to in my youth, “By Mormon Women, For Mormon Women, About Mormon Women.” I remember one issue that addressed the topic of Mormon Women and sexuality. My mother, and by extension we children, were astounded that women didn’t understand that sex was a joy, an activity to create unity and closeness in marriage. As we children in the family would eventually number ten, we got that sex was also for procreation.

The DC event featured Claudia Bushman, founding editor of Exponent II and spouse of the noted historian, Richard Bushman. The evening was a delight for many reasons.

I was interested in the discussion of the way women are treated (or ignored) in some parts of the Church. There was also an interesting tension regarding the Ordain Women campaign given that Kate Kelly was in attendance. The tenor of the discussion was inclusion of all, but there was frank (if gentle) questioning of whether merely gaining priesthood ordination would fix the systemic problems. Besides, as one lady said, “I know the women in my ward. I’m not sure I want them in bishopric meetings…”

When the floor opened for questions, one individual asked why Claudia and the other women didn’t just leave the church, presumably to find a church where they aren’t treated like second-class citizens. The ladies’ response was wonderful. “It’s my Church.” “I myself don’t feel oppressed at Church.” “I am committed to the work God does in the Mormon Church, even if I wish the culture would unleash the full power of all individuals in the Church.”

Though I did not chat extensively with Kate Kelly, 1 the sense I had from those I did talk with is that they are committed to the Mormon community. One woman talked about a situation (not related to gender) she is facing, and how they had been tempted to simply go outside Church channels. But that didn’t feel right. The next weekend an apostle attended their ward, and they were able to give documentation of their concerns into his hands.

One last note about our day. Like the internet addicts we are, we got on the computers to check mail once we got home. A groan came from my husband. “There’s a 7 am High Priest’s quorum meeting tomorrow.” Apparently they sent the notification out around dinner time.

Did I mention I feel no need to agitate for priesthood ordination?