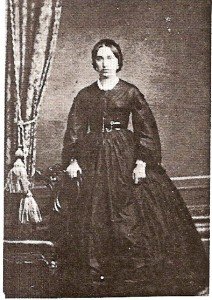 The theory is Crypto or Converso Sephardic Jews in America gave their children unique Jewish names. I had encountered some odd names while looking at our New England family groups. One particular name stood out; Uncle Carmi BENSON who lived in the late 1700’s in Upstate New York. At the time, I wondered what kind of New English(ish) sort of name was “Carmi”. It sounded Italian, not Puritan.   I checked the census during his life, and there were a small handful of other Carmis.  I could not make sense of it, so Uncle Carmi went on a shelf.

With a new direction on where to go to look for the origin of “Carmi”;  I checked on the Sephardic Jewish name lists.  Lo and behold, there was Carmi, an North African Sephardic Jewish name.  I then read Melungeons: The Last Lost Tribe in America by Dr. Elizabeth C. Hirschman, a Melungeon descendant,  and  professor at Rutgers University.

I learned that the Sephardic Jewish descendants in America, who were either Converso or Crypto, often mixed with the Moors/Moriscoes of Spain, left naming clues for us to find.  Fortunately for me, as a descendant of Mormon pioneers, my relatives had faithfully done their genealogy and consequently I had large files of names I could access from my home computer. 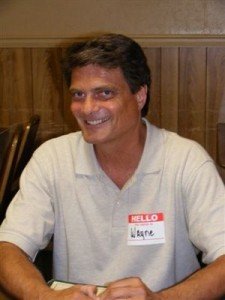 Wayne Winkler, a Melungeon descendant, and  the author of Walking Toward Sunset: The Melungeons of Appalachia,  details the evidence of early immigration of Turks, Gypsies and free Africans; all of whom earned their freedom after indentured servitude.  During the 1600’s some of these free persons of color gained status and wealth then married white women from the servant class. Elizabeth C. Hirschman puts forth evidence that some of the Sephardic Jews mingled with the Mestizo families of Europeans, Amerindians, Gypsies, and Africans.

As the 1700’s approached, British immigrants living in the English Colonies since the beginning, increased in numbers and power. The Mestizo/Sephardic people, later called Melungeons, were pushed out of  the colonies by the newcomers in the English population. These Melungeon/Sephardic old settlers became many of the early pioneers in the new Western frontier.  Along with the Melungeons moving out of the colonies into the frontier,  the “more European” Sephardic descendants also pioneered the American frontier. It is generally thought the Mestizo/Melungeon mixed families settled in East Tennessee. The Amerindian-European mixed families went to Northern Georgia and Kentucky.  Whatever the ethnicity of the groups, it was watered down Converso/Crypto Sephardic heritage which kept them connected as a community.

In the Great Melungeon Migration of the late 1700’s-early 1800’s, recognized Sephardic explorers such as Daniel Boone, John Sevier and others explored and purchased Kentucky and East Tennessee from the Native American tribes for the settlement of the Sephardic Jews. SIMMONS and  BRADFORD ancestors settled in Kentucky. My HOOD, CARTER, and HILL lines came from North Carolina to settle in Northern Georgia and later migrated to Kentucky. Mike’s BYEES migrated from Virginia to North Carolina and East Tennessee and later some went to Kentucky. 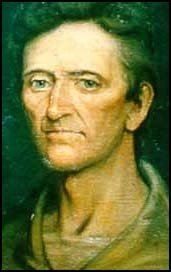 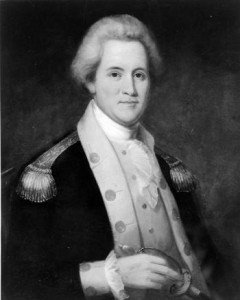 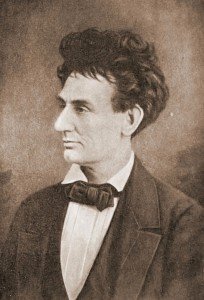 In the 1700’s there were also smaller communities of Melungeons and Sephardic Jews who gathered for a time in Upstate and Long Island New York before they moved further out on the frontier. Our BENSON, MESSENGER, VAIL, BARNEY, and BARBER lines were among these people. Our MESSENGER-BENSON family with a group of others including VAILS and BLANCHARDS in the early 1800’s, moved to the banks of the Ohio River on the Indiana side bordering Kentucky. Abraham Lincoln, a recognized Sephardic Melungeon,  his grandparents  settled in a Melungeon community in Kentucky, the same community as our BYBEE and  SIMMONS ancestors.

Once the Sephardic descendants were out on the frontier, they were free to do as they pleased. There are documented cases by  Hirschman of American Crypto Jews who revert back to an open practice of their Jewish faith, including relatives of Abraham Lincoln.  Isaac SINGER, the inventor of the sewing machine, a distant cousin on the MESSENGER/MESSINGER side of the family, was a Jew.  Eventually most descendants  choose to forget their Jewish Moorish religious practices and their descendants are now unaware of their ancestor’s religion because their Jewish faith was so dissembled by conversion to  Christianity. 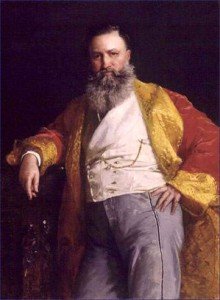 Some of these Sephardic Jews became the founders and early converts of the Campbellite and Primitive Baptist Movements. Others, vaguely aware of their Hebrew ethnicity, felt the Israelite tug of being God’s Chosen people, but were caught between both worlds, belonging to neither. These people are described as unchurched, and reading their Bible at home.

Now it is if I  have a magic decoder ring; I can recognize Converso/Crypto-Sephardic Jewish ancestors  like my MESSENGERS who worshipped and married at home. If they belonged to a church,  similar to our BENSONS, they are usually Primitive Baptist or Campbellite.  Like my ALLENS, VAILS and BENSONS, they were secretive and clannish and married their cousins like my SIMMONS ancestors. 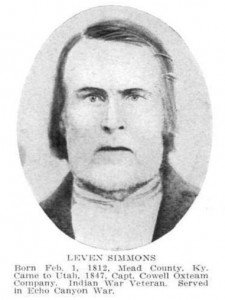