This is another installment of the occasional series where I review non-Mormon Mormon movies. These are movies that have some Mormon themes and are worth seeing.

This review is about the movie “Waking,” a romantic drama and fantasy that I found to be charming and inspiring. 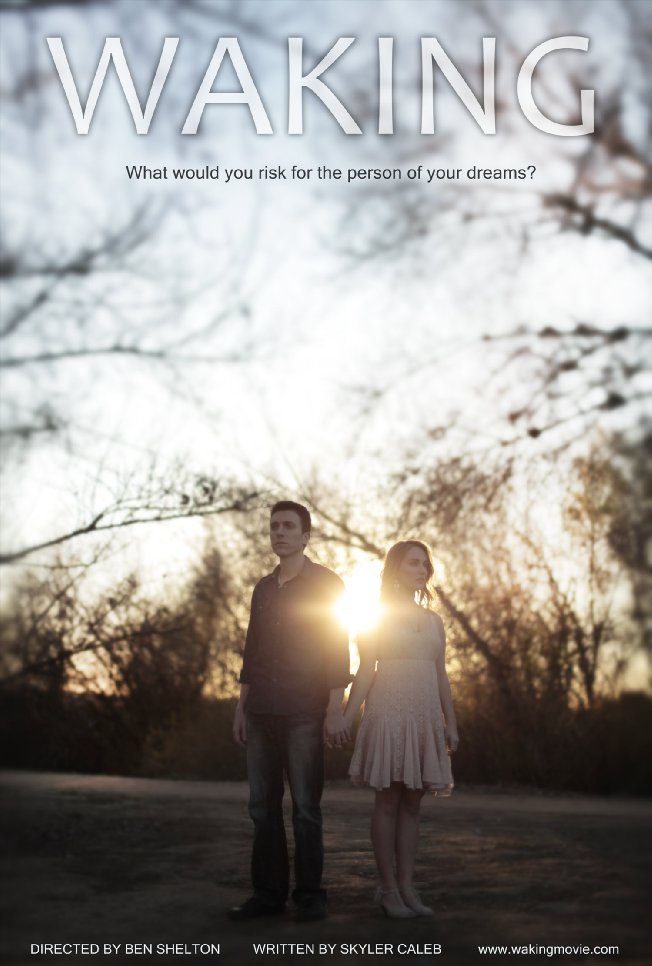 And best of all: no nudity or swearing, just an exploration of relationships and true love.

The primary character is Ben (Skyler Caleb). He has been going out with his girlfriend Amy (Tara Erickson) for six years. She moved away from LA, where Ben lives, but has just decided to come back to keep their relationship going. She is a great girlfriend, but Ben is just not in love with her. But he works for her father, so he feels obligations to Amy and to her father.

One day he meets a gorgeous woman named Nadia (Meg Cionni) in a park. And from that moment on, he and Nadia begin to communicate through Ben’s dreams when they are both asleep. Nadia, for example, gives Ben her phone number in a dream, and on a crazy whim he calls that number when he is awake, and it turns out to be Nadia! But most interesting of all, as they talk in real life, it seems that she has been participating in the same dream with Ben. So, even though Nadia has by that time moved hundreds of miles away they have a connection through dreams, and they fall in love during their mutual dreams.

I would spoil the plot to tell you what happens next, but suffice to say that it is romantic and, at least for me, very real.

So here is the Mormon part: Ben feels a connection with Nadia that goes beyond the material bounds of this world. From a Mormon perspective, it is as if he knew her in the pre-existence and was meant to meet her on the Earth. And she feels the same way. When he is with her he feels as if he is “home.”

I know this theme is not particular only to Mormons, but I have met many Mormon couples who feel the same way. They feel like they knew their eternal companion before, and they feel very at home with him or her. It is easy to see Ben and Nadia’s relationship as celestial in nature, and the movie does a good job of portraying what true love should be like.

“Waking” uses a lot of the romantic comedy conventions. Ben’s friend is the lovable funny guy. There are predictable tense moments as the plot is being resolved. But the acting is pretty good, and the characters are believable. This movie would make a great flick to watch with your eternal companion.

“Waking” is not on Netlix, but is free on Amazon Prime. Check it out.