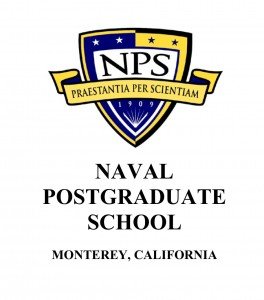 I have great regard for my ward’s PR Representative. Today he forwarded a link to an article in National Review talking about how Mormons are much more observant of their beliefs than other Christian groups, The Mormon Advantage: Leaving theology aside, what can we learn from the Mormons? by Maggie Gallagher.

Embedded within this article was a link to a 2011 thesis published by my alma mater, the Naval Postgraduate School. Intrigued by what military folks might find of interest in the religion I profess, I looked up the paper, Growing an Ideology: How the Mormons Do It, authored by USAF Maj Marshall F. Chalverus and USAF Maj Michael A. Thomas. These two intelligence officers (clearly not Mormon themselves) had decided that it would be worth studying a fast-growing religion that bucks theories regarding how religions grow to determine how it might be best to counter insurgencies in support of US National Policy.

I was amused to see that nowhere in their diagrams of Church governance do they acknowledge the Relief Society, Young Women’s organization, or Primary. And yet they showed the Mormon Tabernacle Choir and Mormon Orchestra as auxiliaries reporting to the First Presidency. They also kept referring to us not as Mormons or as the LDS Church, but simply as the LDS. Luckily, nowhere did I notice that most understandable of typos, which would have rendered us the LSD. Obviously, in a military paper, this would have referred to Landing Ship, Dock, an amphibious warfare ship with a well dock to transport and launch landing craft and amphibious vehicles. What were you thinking?

The Majors’ conclusion was that socialization was more important that ideology in the success of Mormon growth and retention. Thus, they concluded, to effectively counter a troubling ideology, the US should focus on social bonds rather than merely broadcasting a “more attractive” ideology.

I particularly liked the discussion of how the strict standards of behavior, consumption, and dress actually assist the growth of “the LDS.” To quote from the thesis:

[S]ocial mandates help alleviate the free-rider problem. Individuals who wish to join the church, must adhere to certain social standards of behavior, which prevent truly uncommitted people from joining. This allows the church to focus its religious consumables to individuals who are truly committed, and thus can be counted on to volunteer time and money.

So maintaining high standards reduces the free-riders who would otherwise suck up pastoral resources without contributing to the community. Sweet. This paints an interesting picture with regards to demands that we reduce our standards so as to be more “inclusive” of all.

Going back to the National Review article, we see the impact of social ties in beliefs and behaviors related to family and fidelity. One set of comparisons was particularly revealing:

The Austin Institute looked at currently married people and asked if they had had sex with their spouses before marriage. Do they do what their churches teach?

Among regular churchgoers (three times a month or more), 57 percent of evangelicals had premarital sex with their future spouse, as did 64 percent of traditional Catholics, and 66 percent of fundamentalist Protestants. Just 14 percent of Mormons did.

I found this result to be shocking, that a majority of people in other Christian traditions have sex before marriage. The other results of the Austin Institute study (which included 15,000 individuals) was also interesting:

Other interesting findings (using numbers from the article, which may have simplified the actual report findings):

As already discussed, what is the actual pre-marital sex history of religious adherents?

Interestingly, there is one marriage-related question where Mormons did not come out “on top”:

On this last one, I suspect that the slightly higher number is a result of the importance of maintaining an eternal marriage despite failures and our past history of polygamy and what most people (who acknowledge that polygamy happened in the 1840s) think about what Joseph was doing.

So here is the secret to success. Love them. Simply love them. But maintain high standards, and protect marriage and fidelity within marriage.

Seems like Mormonism (the LDS) is doing exactly the right thing.

7 thoughts on “Mormonism as a Model for National Policy”