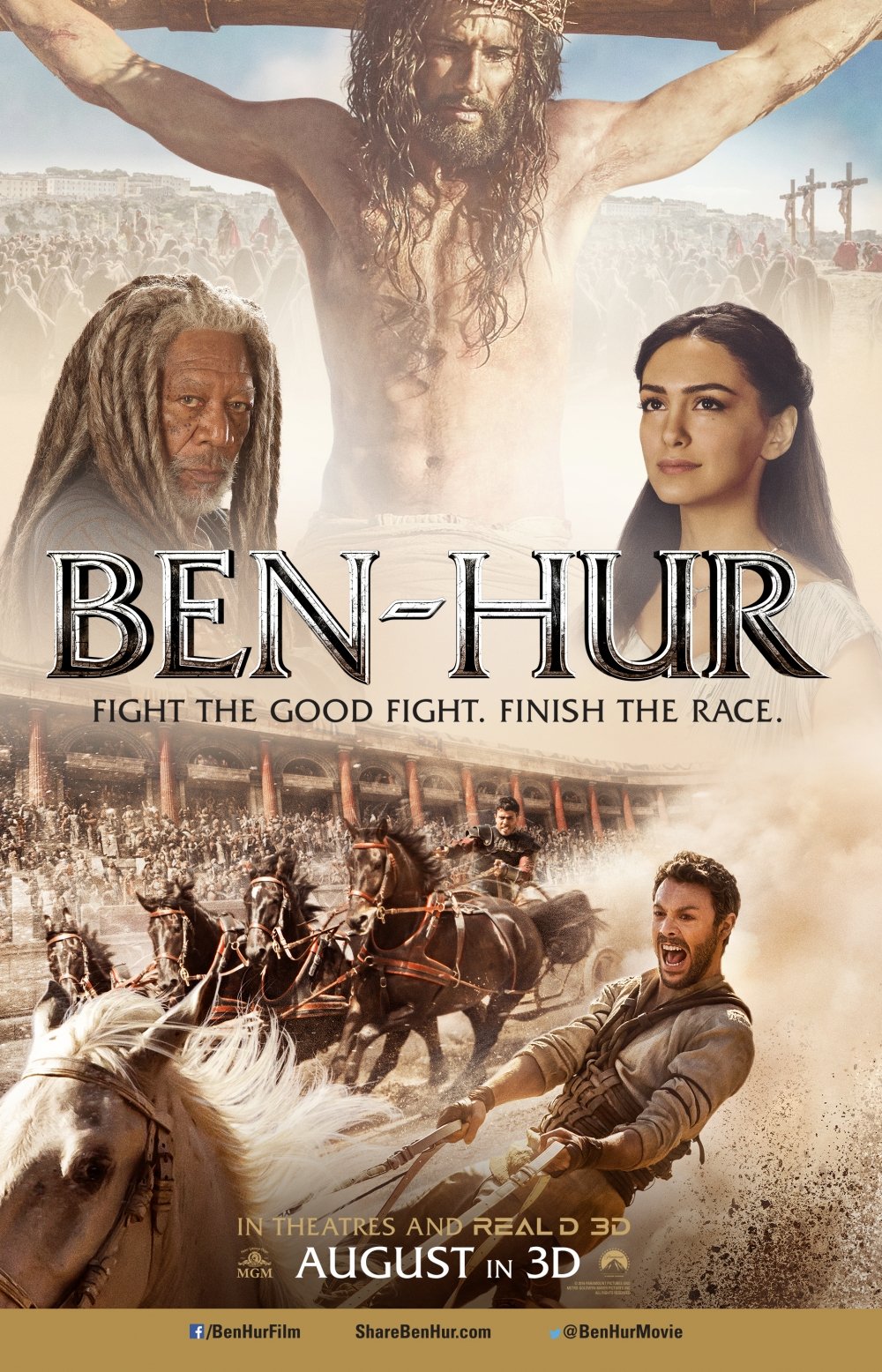 The remake of Ben-Hur is easily the best of the recently produced biblically themed epic movies. It may be the best of that genre ever made. It is better than the 1959 version, and I am a big fan of that epic movie with Charlton Heston.

The acting is excellent. Jack Huston plays the title role with surprising range, handling all of the vicissitudes of Ben-Hur’s life with a believable quality. Morgan Freeman is great as the chariot owner who helps redeem Ben-Hur, and Nazanin Boniadi does excellent work as Ben-Hur’s wife Esther.

You may or may not know that the movie is the fifth film adaptation of the 1880 novel “Ben-Hur: A Tale of the Christ.” The story centers on Judah Ben-Hur, a wealthy Jew from Jerusalem in the first century AD. His adopted brother Messala (Toby Kebbell) is a Roman who ends up becoming an officer in the Roman army. The Romans have occupied the Holy Land, and Judah Ben-Hur is caught in the middle between the Jewish people who oppose Roman rule and Messala’s desire to pacify Judea for the glory of Rome.

If you have seen the Charlton Heston version, you may know that Judah gets ruined by the Romans and sent to work on a slave galley ship for five years. He is kept alive by hatred of his adopted brother and his desire for revenge. There is an epic battle scene (one of the most thrillingly realistic and gruesome battle scenes ever in the movies) and Judah survives. He ends up washing ashore and being saved by Morgan Freeman, who takes advantage of Judah’s knowledge of horses. Soon he is training for the chariot races, where he will face Messala in a climactic showdown.

The Savior is in the background in this story. Judah first meets him when he is a well-spoken carpenter in Jerusalem more than five years before his crucifixion. The Savior helps Judah when he becomes a slave by giving him water and helping him stand up when he is weak. The spiritual high point of the movie comes during the Savior’s crucifixion, which is portrayed extremely well.

Ben-Hur is a movie about forgiveness, family and the power of love and sacrifice. It is a spiritual movie without being preachy or corny. It has some of the best action scenes I have ever witnessed in the movies. Good acting. Great cinematography. I plan on watching it again soon.

Some of our biblical scholars may be bothered by the fact that the movie has Christ working as a carpenter in Jerusalem five years before his crucifixion, which contradicts the scriptures. Hey, it’s a fictional account, and the authors took a few liberties.

Another warning: the two action scenes on the galley and in the chariot races are too overwhelming and bloody for children. These scenes are why the movie has a PG-13 rating. I would not recommend that any children under 14 see this movie.

But otherwise, this movie is a rarity in a day when so many horrible movies are being made. Go see it.