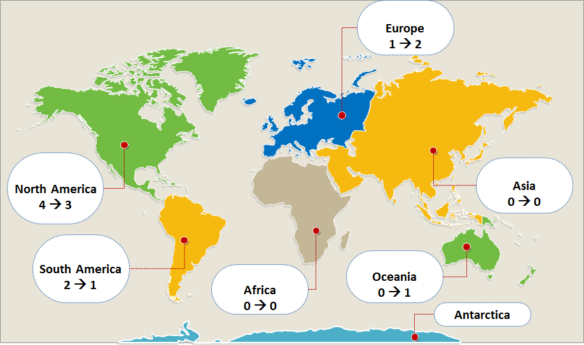 Those who will not be shifting until August are noted in italics.

In addition to country/state of birth, a fuller picture would look at the regions where these leaders have experience. In that sense, the Presidents of the Seventy have experience that spans the globe, as always. But their lens will no longer be dominantly a Utah lens, as has been the case in the past.

As mentioned during Conference, 40% of the General Authority Seventies now hail from outside the United States.

16 thoughts on “Freshening the Bench”