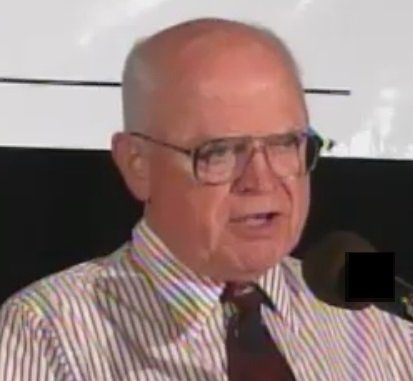 The title of this talk comes from Betty J. Stevenson, of Oakland, CA. This was her first impression of the Mormon religion at age 39 when the missionaries first came to her house.

“They came in and told me the most preposterous story I’ve ever heard in my life, about a white boy, a dead angel, and some gold plates. And I wondered, ‘What they on?'”

The preposterous nature of the coming forth of the Book of Mormon is a singular advantage, because if it can’t be true, it is all the more impressive when hard evidence shows it to be an authentic, ancient document. Bayes theorem can be used to show likelihood, which in the case of the Book of Mormon should be impossible unless it was the miracle it claims to be.

The Bible and Homer’s Odyssey were transmitted by normal means, including copying by scribes through the centuries.

Robert Smith recommends John L. Sorenson’s Mormon’s Codex, which shows how well the Book of Mormon fits into the MesoAmerican locations and timeframes. Sorenson does what anthropologists do, they use systems analysis which can only be discerned by multi-disciplinary means.

For example Alma 10:32 and Alma 11:20, regarding lawyers and how they earned their wages, and the monetary system (Alma 11:4), which had been altered from what had been used in Judah and Egypt. The Egyptian weights are based on a decimal type of system, where the Book of Mormon reckoning was binary. The Israelites had migrated to a base-8 monetary system. The weights were arranged so that 10 Egyptian qite was equivalent to 8 Israeli sheqels. And Robert Smith continues to talk about the hieratic numerals and the correspondence between the Egyptian and Israelite monies, and the limestone weights used in commerce, which were accurate to within 0.5%.
Looking at the Nephite system, it correlates with the Israeli adaptation of the hieratic Egyptian equivalents. I believe Brother Smith said that a 12 sheqel weight has been found in the new world, marked with the 15 qite mark in hieratic.

The Bible does not discuss this monetary system (so Joseph could not have copied this from the Bible). But the Book of Mormon monetary weights correspond very well with these ancient monetary systems. Mane in the Bible corresponds to mina in the book of Mormon and means “weight.” The manuscript had shillum, but it was printed shiblum, and shillum is the same as the Israeli word. Brother Smith goes on to talk about the equivalent words used between Egyptian weights, Israeli weights and the Book of Mormon weights. Seven senums is the same as the ancient Mina weight.

There is a fellow, Rick Grunder, who believes the Book of Mormon weights and measures come from the Spanish bits, where the dollar was divided into eight pieces. Thus 2 bits would be 25 cents, and 4 bits would be 50 cents. So a Spanish silver reales ( peso de a ocho) would be about 1 oz and would correspond to $1. But he fails to notice the lack of a base eight system, the bit system just uses doubling, which is different, and lacks the 1.5 measure, which is found in the Israeli system and in the system described in the Book of Mormon.

Questions:
Q. In Alma 11:15 there is a weight Shiblon and Alma names his son Shiblon?

A. Shiblon means lion cub, and so Alma likely named his son “little lion” rather than “piece of money.”

Q. What was a measure of barley, a day’s worth of work?

A. In the old world, we know what a measure of grain would be. So we can know the actual metrology and capacities, both wet and dry, linear, volumetric, and area measures. These we know for Mesopotamia. In the New World we don’t know exactly what the measures would be. It would be nice if we could find a set of weights. It’s only in recent decades that we’ve been able to establish the nature of the relationship between the Egyptian and Israeli weights. (But the measure mention in the Book of Mormon that a measure of barley was a day’s worth of barley is the same manpower equivalent, even if the yield in the New World likely differed somewhat from the yield in Mesopotamia.)