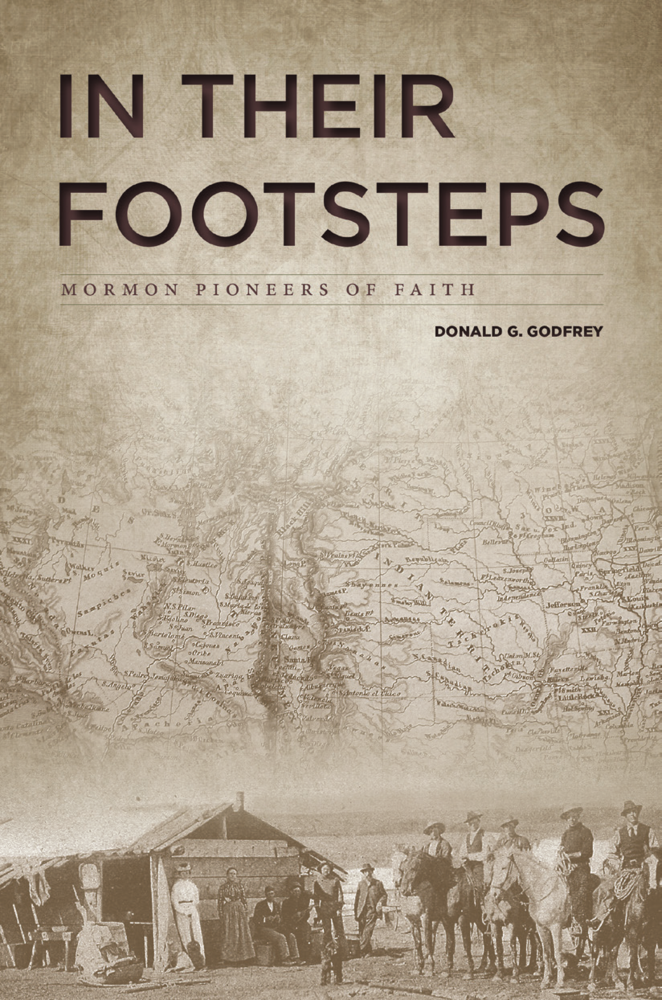 Donald B. Godfrey, PhD, is a professor emeritus of the Walter Cronkite School of Journalism and Mass Communication at Arizona State University. he was the recipient of the 2017 Broadcast Education Association’s Lifetime Achievement in Scholarship and the Mormon History Association’s Christensen Best Documentary Award in 2007. His articles on Mormon History have appeared in the Journal of Mormon History, the American Review of Canadian Studies, Pioneer, This People, and the Ensign. His is the founding directory of the ASU School of Journalism’s doctoral program. he is now retired, living and writing from his home in Arizona.

Kurt Manwaring took a moment to chat with noted journalist Donald Godfrey. The full interview is available at fromthedesk.org. Below is an excerpt.

Kurt Manwaring: You served as president of the Broadcast Education Association. What were your duties in that role and what were some of the biggest challenges you faced in fulfilling the organization’s mission? What are some of its most significant challenges today?

Donald Godfrey: The BEA, then and now, is the premier international academic media organization driving excellence in journalism and media education.

My responsibility during the time I worked on the Board and as BEA President was to move those goals forward.  During my term, we created the annual national Festival of Media Arts, which recognized both faculty and student excellence, and the Research Symposium, which resulted in the presentation and publication of the latest research within a specific genre each year.

I worked directly with the Association Director, who as one of the full-time executives keeps the annual BEA Conference and various programs moving forward and improving.

My work with BEA was among the most enjoyable time of my career.   I mixed with national and International scholars, some of the top executives in the professional field, and colleagues from around the world.

Kurt Manwaring: How might we educate pre-college teenagers to be able to recognize legitimate news coverage and fabricated stories posing as legitimate news?

A good starting place is to evaluate the source and the reputation of the organizations.  Although many people criticize traditional media outlets, they still have the longest traditions of excellent, reputations to uphold, and staffs of professional journalists trained to check facts before publication.

News is becoming a topic in the curriculum of many pre-college institutions.  They, and parents, could be of service by simply teaching them news and information values — distinguishing the need to know information from that which is simply entertainment.  In education we need to carefully teach news values as well as the fun and glitter of the media production.

The challenge of any attempt to educate future journalists is, will that education stick, or will these future reporters simply be swept away in the ongoing present tide?

Kurt Manwaring: What are the biggest challenges the LDS Church faces in dealing with the media today?

Donald Godfrey: I think the LDS Church has an amazing news organization.  This is particularly evident when the authorities are called up on to answer questions from the mainstream press where entrapment and controversy are the targets.   I enjoy watching when the reporter tosses a baited question.  The authorities smile, and the education of a reporter is their response.

Over the years, the Church has moved progressively, how be it slow, to deal with all the popular issues it has faced, and I think as a result it comes out shining.

I do think in their own news to the membership, they could avoid the massive redundancy within the various platforms and provide more of the traditional news about what’s happening within the Church around the world.  News within Church newspapers, magazines, online and in various media is tremendously repetitive.

I’d like to see that televised news program, between conference sessions, expanded and aired weekly on BYU as a Church newscast.

Kurt Manwaring: What was the catalyst for “In Their Footsteps”? How did you decide upon BYU Religious Studies Center as a partner?

Donald Godfrey: I was poking my young college nose around the drawers and boxes of my father’s family papers one day.  My dad walked in on me and within our resulting conversation, he asked me to write our family history.  That was the catalyst for In Their Footsteps.

I have been gathering and organizing papers for decades afterward.  Today, In Their Footsteps, is the result and eventually those papers will all be donated to the BYU Archives to be used for any further research.

BYU Religious Studies was an easy choice for this manuscript.  I have worked with them on a few other manuscripts and I simply enjoyed working with them.  They are a publisher who works positively with their authors to create the best product.

Kurt Manwaring: Could you share one or two examples from the book that illustrate ordinary individuals accomplishing “uncommon things”?

Donald Godfrey: First, Joseph Godfrey a twelve-year-old abused child, runs away from his fatherly abuser.  The year was 1800.  He stows away on a whaling vessel, harbored in Liverpool, England.  He is taken under the wing of the ship’s captain and for 30 years he sails the oceans of the world. He joins the Church and is among the pioneers of North Ogden, Utah.

Second, Charles Ora Card an 18-year-old New Englander who, with his family took their covered wagons into the Salt Lake Valley.  On the trip the wagon master was not too kind to some of the European immigrants who were apparently unfamiliar with oxen and trail life.  He made them walk, “because they were slowing down the wagon train.”  Young Charles snuck some of these women folks aboard his own wagons, when it seemed they could talk no further.

“God bless that young Charles,” one pioneer recorded in her journal.  He was a pioneer of Logan, Utah, superintendent of construction for the Logan Tabernacle and the Logan Temple, before he was called on his mission to Canada.

Kurt Manwaring: If you could go back in time and have a conversation with any individual in your book, who would you visit with and why?

Donald Godfrey: Joseph Godfrey.  He would be the first because I know so little about his youth, the experiences he had as a sailor around the world, hunting sperm whales in the North Atlantic, his coming to America, joining the Church, being among the body guards of the Prophet Joseph Smith.  I’d like to hear his testimony.  I wonder what of his experiences and stories he would tell.

Let me give you one more individual (well maybe its more than one).  I’d like to talk to the wives.  Long before today’s popular term “working women,” these pioneer women were workers.  They gave up homes in England, walked with their husbands across the plains, one of mine walked barefoot, they developed farms in a new land, they were staunch in their testimonies.  I want to know more about them, their feelings, testimonies and everyday life.