Title: Death and the Afterlife 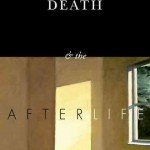 A book like this really requires a lengthy, long form book review, preferably at least as long as the shortest essay in the book (12 pages). Given the constraints of the review process at AML, and leaning on my minor in philosophy in college, I trust that I can let interested readers know if they would enjoy reading this book.

To quote a common cliché, if you like this kind of thing, this book is the kind of thing you will like. It’s rigorous philosophy, situated inside a conversation with multiple viewpoints. Scheffler and the other authors (more on that in the next paragraph) carefully define key terms, set the limits of their explorations and speculations, and acknowledge the tentativeness of their suggested conclusions. It is somewhat accessible for the reader interested in mostly the casual pursuit of philosophy, but the main audience will be one steeped in the tropes and other conventions of intellectual philosophizing by academics devoted to lifetime contemplation of these ideals.

“Death and the Afterlife” is the eighth book in a series from Oxford University Press that prints lectures from the Berkley Tanner Lectures (if that means nothing to you, think of it as an induction into the Philosophy Hall of Fame). This edition contains Scheffler’s two Tanner lectures on his idea of an “Afterlife”, an additional related lecture on Death (and our collective fear of it), along with four essays that respond to his ideas – ending with a final essay by Scheffler responding to the responses.

Scheffler’s main idea (if it can be fairly reduced to a sentence or two) of the Afterlife is not the “personal afterlife” of religion, but a “collective afterlife” that refers to humanity persisting after we die. He admits his use of the term “afterlife” is a “bit of a tease” (pg. 15), but it is also accurate, since it refers to life after our lives. His main contention is that this collective afterlife matters more to us than we realize. “Without confidence that others will live on after we ourselves have died . . . many of the things that now matter to us would cease to do so or would come to matter to us less” (pg. 51).

To help prove this point, he posits two hypothetical situations: one where we learn that after our personal death, all of humanity would be wiped out by an asteroid in 30 days, and another (inspired by the book and movie “The Children of Men”) where humanity becomes completely infertile with no chance of progeny. He then argues, with careful and rigorous thought, that most of our activities as humans would lose meaning.
His third essay explores why we fear death, even though it may not be rational to do so, and also argues that death is necessary to give our lives meaning – immortal lives would be meaningless. He states, by way of conclusion: “We fear death, but it is needed to sustain our confidence in the importance of what we value” (pg. 109).

The follow up essays by other philosophers explore various aspects of his argument, as well as related tangents implied by Scheffler’s conclusions. Each one is as rigorous and focused as Scheffler’s own explorations. The essays also help, especially with Scheffler’s response to their responses, the sense of an ongoing conversation, rather than the final word on the subject.

Personally, I rather enjoyed reading these essays. They are rigorous yet accessible (though not to a general, popular audience) for the interested philosophical dabbler. If I have any criticism, it’s that Scheffler (an admitted atheist – or perhaps atheist-leaning agnostic, he doesn’t quite say which) doesn’t really understand religious believers. He attempts, briefly, at the end of the second lecture to discuss how a belief in a personal afterlife would affect our attitudes towards his “Afterlife.” None of the other commentators discuss or even allude to his reasoning here, perhaps because they share his bias (but this is somewhat unclear, as only one responder actually states her beliefs about religion). However, it seems clear Scheffler can’t quite get into the head of a believer. He basically, after a very brief discussion, comes to the conclusion that “one of the potential dangers of belief in a personal afterlife [is] that such a belief may reconcile people too readily to the disappearance of life on earth, and make it seem less urgent to prevent this from happening” (pg 75).

Instead, I think it would have helped his case more for him to realize that this collective afterlife can have the same power over many believers in a personal afterlife, and that the assumptions and creation of values this afterlife creates still apply; Scheffler, clearly, wants to have his idea be morally superior to the personal afterlife, though.

Were I a more rigorous and intelligent philosopher, I would likely write a longer critique. As it is, this should stand as a review that lets readers know what they would find if they decide to read this book. Despite my one critique, overall I would recommend this book to those interested in this type of philosophical speculation and examination. Harry Frankfurt, one of the responders, states that “as far as I am aware, these issues are themselves pretty much original with [Scheffler]. He really seems to have raised . . . some new questions” (pg. 132). That reason alone should pique the interest of any philosophically interested reader.