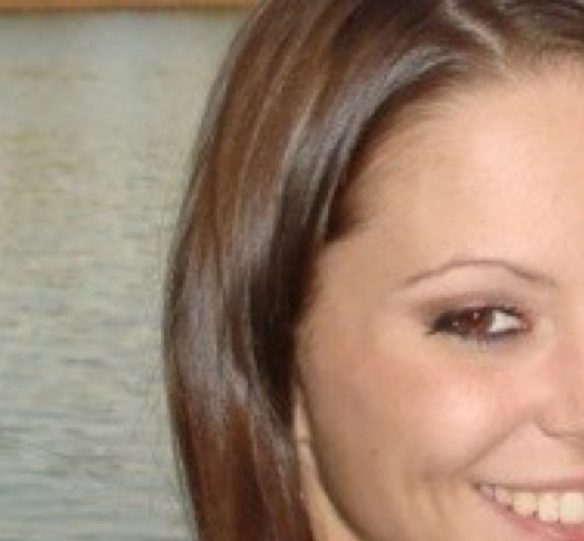 [Image used by a scammer in “friend” requests]

Over the past years posting here at M*, I have been perplexed by those unwilling to consider the facts I am bringing forward. From time to time I wander across a thread elsewhere on the Internet where I am specifically derided.

In one thread, I recently saw that I had written that perhaps this opposition was for my experience and would prove to be for my good.

Little did I anticipate how my new “muscles” developed in discussing truth despite derision would serve. Bottom line: those you love can believe a lie no matter how hard you try to lovingly persuade them it is a dangerous error.

I have a relative who lives alone. Let me call them Riley. 1 Riley shared holidays with my family. When it snowed, we would shovel Riley’s driveway.

About a year ago we became aware Riley was making friends on the Internet. Except some of the friends turned out to be dishonest. We showed Riley how to block unwanted callers and thought we were done.

Riley was in the habit of coming to our house to print things. So we noticed when Riley wanted to print something about accepting a gold shipment. The associated information was classic scam:  “I have inherited gold mine in Africa. Need assistance. Send money.”

We pointed out that the correspondence was clearly suspect. Riley nodded agreement and left.

It was only months later that another person in the extended family let us know Riley had sent money and expected a shipment of gold. Riley had contacted the other person because they lived near the airport where Riley planned to meet the people who allegedly had the gold. We mobilized and called Homeland Security and the FBI, among others. Everyone said it would be dangerous for Riley to personally accept the “gold” shipment. And Riley nodded and agreed they had been misled.

Then we learned from other extended family members that Riley was requesting early repayment of loans. Riley had taken out a mortgage on their home, but now the thousands of dollars Riley had in the bank were gone. Lacking the stores of liquid cash, Riley was leaning on everyone they could to obtain more money.

The FBI agreed to meet with Riley. The agent explained that there would be no hope of getting back any of the money. Riley happily replied that they were rich enough to absorb the loss. The agent was surprised. Wires over $10,000 are routinely reported to the FBI, and from what the agent could see, Riley had wired approximately $600,000 to various Africans in the past eight months. Riley confirmed they had started the calendar year with $700,000 in the bank and now had less than $10,000.

After we left the FBI field office, Riley confided there were details the FBI didn’t know anything about. The money wired to Africans was for fees associated with a gold mine and £100 million a female friend in Africa had given to Riley in exchange for their kindness. Riley explained they had never seen the friend except in pictures, and the monies and gold couldn’t be sent to America or Riley would be forced to pay taxes on the large amount. But Riley sat back and smiled contentedly at the windfall they’d stumbled across.

When we suggested it was a scam, Riley became angry, threatening to cut us off from inheriting the portion of these new riches Riley had planned to leave us. And it was real, Riley insisted. Riley had a copy of the friend’s passport, which they had promised to send to the FBI for validation.

A few days the FBI responded. The passport number belonged to a man born decades before the supposed female friend. The place of birth on the passport only gave a city, rather than indicating state and country. And “Los Angelos” isn’t the way the name of the supposed birthplace should be spelled on an official document.

As I live closest to Riley, I contacted a lawyer and entered a petition to become conservator of Riley’s financial assets. Upon learning of the legal petition, Riley e-mailed me that the female friend was going to be their family and together they would manage the gold mine, and I would be sorry, as Riley had planned to include me in their will but would now be cutting me out. When this didn’t cause me to withdraw the petition, Riley claimed they would petition to become conservator of my assets, as I was clearly the one who didn’t understand. Riley called various members of the extended family to have a message conveyed to me that Riley was going to hire lawyers and rack up tens of thousands of dollars in legal fees, which I would be forced to pay when my supposedly ridiculous legal petition was denied by the court.

Then Riley did hire a lawyer and things have gotten peaceful (if expensive) for the moment. But I suspect Riley still believes they have a beautiful female friend who loves them enough to give them a gold mine and millions.

Meanwhile, I have learned that other co-workers have had instances of this need to assume responsibility for a faltering relative.

Believing That Which is Not True

My experience with Riley has been instructive on how willing someone can be to believe a thing despite obvious clues the thing is wrong, even when  valued resources and significant relationships are on the line.

There are times when someone will proclaim the righteousness of their cause, because they are “giving up” so much and therefore the thing for which they are “giving up” so many precious resources and relationships is therefore good by definition. I’ve seen that kind of rationale from those who have left the Church, for example, as though the losses they have sustained by leaving the Church somehow prove that they are courageous and brave to have severed their ties.

Riley believes that it is an admirable thing to have given away hundreds of thousands of dollars and alienated family in the pursuit of helping the woman in Africa who supposedly has gifted Riley so much. Riley has certainly argued the virtuousness of their path to me.

Similarly there are those who have left the Church who will threaten, explaining that if the Church hadn’t been so obdurate and its adherents so unfeeling, then the individual who has left would not be forced to consider suicide or other harmful action(s).

Riley has similarly asserted that we are the problem, that our failings are causing the harm that is occurring. If only we would leave well enough alone, Riley could be loved and rich without any of this bothersome legal action and mental pain. Riley asserts it is all our fault (mostly my fault).

May It Please The Court

In the case of my concern for Riley, there will come a time when a guardian ad litem 2 will make their recommendation to the court regarding what is best for Riley. Then the judge will consider what the guardian ad litem has recommended and make a ruling on Riley’s future control of assets.

In the case of us all, there will come a time when Jesus will make His recommendation to God the Father regarding what is best for each of us. Inasmuch as we have thrown ourselves on the mercy of Jesus, that recommendation will include Jesus pointing out that He has paid for our sins. For those who have refused to participate in Jesus’ mercy, it will not be possible for Jesus to recommend that His suffering on behalf of that individual should be taken into consideration. Then God the Father will consider what Jesus has recommended and make a ruling on the individual’s future role in heaven.

Those who refuse Jesus or any possibility that God exists or that God might find them in error are like Riley, confident that there is no need for any curb on their actions. They declare themselves the captains of their own lives, sovereign unto themselves and justified in anything they may choose to do.

Similarly, I cannot be certain what God’s final judgement will be for any individual soul of my acquaintance. At the end, however, I expect we will accept God’s judgment.

As we interact with our own loved ones on matters that we have reason to believe are of eternal import, may we always remember the prayer authored by Reinhold Niebuhr: