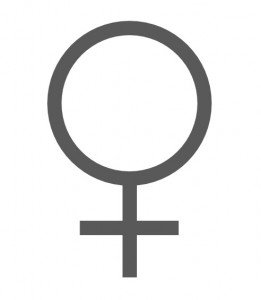 In preparation for International Day of the Woman, the New York Times has published an article about ways the Mormon Church policies are hurtful to women. The article is titled From Mormon Women: A Flood of Requests and Questions on Their Role in the Church.

The core story involves a Dr. Kristy Money, who was not allowed to hold her daughter when her baby was given a name and a blessing. Dr. Money is very attractive. Her daughter, Rosie, is adorable. The Church oppressing them is horrific by implication.

The article mentions other problematic issues, such as women being expected to confess sexual sins to a (necessarily male) bishop without being able to have a female present. It has a horrific ring to it, like a woman being asked to submit to a gynecological exam without being able to request the presence of a female. 1

There is also a bit where the women complain because the young women are limited to inexpensive girlie pursuits at church while the young men get to go on expensive high adventure activities. Often, however, this is because the community of women plans to make do with lesser things. I’ve found those in charge are usually horrified when they realize how inequitable the matter is. Horror is good. Horror promotes change. There are valid ways to shift the culture back to parity (e.g., conversation, education ) without catastrophically steadying the ark, to the eternal peril of our souls (e.g., refusing to attend church, lobbying for change from the outside).

Now onto the other complaints against the Church identified in the article.

From the early days of the Mormon Church, women ministered to their sisters. Women gave blessings by the power of their faith in Christ, healing and comforting as required. I myself have been taught to give such blessings, and had the practice of such blessings confirmed as valid by *my* priesthood leaders.

It’s not always fun. One time I gave a blessing to my infant son, when he had recently undergone heart surgery.

He died the next day.

As I reviewed the blessing and what I’d been permitted to say, God had been faithful to the actual truth that transpired. Having that experience, however, has altered my regard for priesthood blessings. I rather like prayers – hopeful supplications where the need to hear God’s answer can be suspended when the answer isn’t comfortable. In prayer I can pour out my heart in my hope, rather than curb my words to God’s will, an act of pure faith.

But the women who are hot for increasing the role of women in the Mormon Church don’t seem to crave the right to give their dying babies blessings (which they can already do, if they were sufficiently informed). They want public participation in administrivia and ceremony.

As for being actual ministers, the women of the church have been called to be such since 1842. I wonder to myself whether the women in these articles are active visiting teachers.

I get that there is pain, but Mormon women have vast opportunities to minister. Non-Mormons don’t know this, so when they read these articles, they think Mormon women aren’t permitted to share their gifts, that we are forced to be second class citizens, unable to pour our hearts out in service. The world sees us as spiritually enslaved, like the anchorites of old who were bricked into the walls of the church, never to be free. 2

Confessions of the Daughters of God

I was bemused by the anecdote of the woman who was forced to confess to an old, prying, man. It’s true that I’m too old and brash and obedient to likely have a future need to confess sexual indiscretions to a member of the priesthood. Even when I was young and impressionable and less obedient, I never had a problem talking to the appropriate member of the priesthood as required to get “stuff” cleared off my record.

Ironically, I believe the initial establishment of the Relief Society was partially motivated by the need for ladies to conduct sensitive investigations into possible sexual abuse. This, I believe, was the covert part of the “Warn the Unwary” purpose of the original Relief Society.

If you look at the documents regarding Nauvoo circa 1842, you will see a number of times when older women (Sarah Cleveland, Sister Durfee, Elizabeth Whitney) are sent to investigate (e.g., Clarissa Marvel’s slander) or are involved in the “courtship” of woman who would covenant with Joseph (Sarah Cleveland present when Eliza Snow “covenanted” with Joseph, Sister Durfee asking the Partridge sisters what they knew about spiritual wives).

Consider the possibility that several women (dozens or even hundreds) had been abused under the guise of Bennett’s spiritual wifery. Now consider that the vast majority of “plural wives” taken on by Joseph or Brigham or Heber during 1842 were victims being provided protection. Look at the patterns that emerge with this new lens. (If you can’t see, don’t worry. I’ll be blogging this in the next few weeks as part of my “Faithful Joseph” series.)

It seems like a great idea to simply allow a woman to bring a friend when she wants to confess a sensitive matter. But let’s think this through.

How are we to permit a woman to be present in cases where sexual indiscretion must be confessed? Is the ward to have a designated “trusted” woman on hand for all bishop’s interviews? If not, are there to be designated hours that those seeking guidance related to sexual sin must confine themselves? Or is the bishop to have an unlimited number of varyingly trained individuals privy to such sensitive information?

I suggest that the sight of two women going in to talk with a bishop would become tantamount to public admission of guilt.

Else are we to have a woman on hand at all times, to participate in all female interviews? Sounds good, but it would suck to be that woman.

I would prefer that those seeking to overturn Mormon policies and folkways bring not only issues but also proposed solutions. There is very much a case law aspect to current Mormon policies. These policies and the culture underpinning them can change, can even change quickly, but the new policy must inflict no harm while healing past wounds.

52 thoughts on “Being a Mormon Woman”