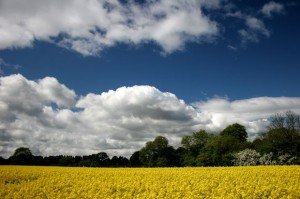 Katharine Lee Bates was born August 12 1859, in Falmouth, Mass. Katie had a normal and happy childhood and was an avid writer. In 1876 the family moved to Grantville, Mass, the home of the newly formed Wellesley College for women. Katie was part of the second class which was admitted to the school. She thrived at Wellesley, and after graduating in 1880 began to teach high school English. In 1885 she was invited to join the faculty at Wellesley and taught there for the next 40 years. Katie was a favorite of students and was known for her ability to make literature “come alive.”

In the summer of 1893, Katie took a “Grand Tour of America” and headed out west to Colorado to teach summer school at the newly formed University of Colorado. Along the way she wrote in her diary of the “exhilarating vistas” and waving fields of wheat. She stopped at the 1893 World’s Fair in Chicago and was amazed with the technology and innovation on display. On July 5th, Katie arrived in Colorado Springs. She wrote in her diary that she was “taken with the purple range of the Rocky Mountains.” The highlight of this trip was an excursion to the top of Pike’s Peak.

On July 22nd, Katie, along with the other teachers, piled in a wagon with “Pike’s Peak or Bust” painted on the side, and made their way up the mountain. Along the way she was impressed with the views of the sweeping plains to the east and the towering mountains to the west. From the impressions collected on this journey she wrote in her journal, “Most glorious scenery I ever beheld.” She added to this the lines which are famous in our nation, “Oh Beautiful for Spacious Skies…” from all the experiences on this trip came the poem America the Beautiful, which first appeared in print in The Congregationalist in 1895.

Five years before Katie’s trip, Samuel Augustus Ward’s newly penned hymn Materna appeared in print and was set to the words of the poem, “O Mother, Dear Jerusalem.” Samuel Ward, the composer of the hymn, was a native of New Jersey and very prominent in the late 19th Century as a composer and choir leader. 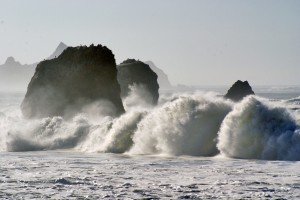 On a trip home from Coney Island Ward stood on the deck of the steamer with a friend. As he listened to the ship’s orchestra, he began to hum a tune. He said to his friend, “Harry, if I had something to write on, I could pen this hymn that has just come to me.” His friend did not have any paper, but took off one of his starched linen cuffs and gave it to Ward. Ward took the cuff and drew a staff and a cleff on the linen, and thus was born his melody. In the next few years, the hymn, titled Materna found its way into various choir and church publications and began to be very popular.

Katie’s poem and Ward’s hymn did not meet right away. In 1904, a Baptist minister named Clarence A Barbour from Rochester, NY realized the beauty of Katie’s poem and felt it should be sung as a hymn. One night he and his wife were searching thru a hymnal to try and find suitable music for this poem. After trying many different songs, the couple came to Ward’s Materna. Materna, which had been printed for many years in other hymnals, was written in Common Meter Double, or CMD, which fit the cadence of Katie’s poem perfectly. In 1910, Dr. Barbour published the poem and the hymn together for the first time, in Fellowship Hymns. As this combination was sung it became more and more popular and appeared in more and more publications and soon became an American tradition. 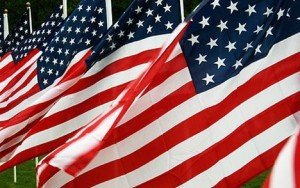 Samuel Ward and Katie Bates both understood the power of words and music. Katie once said, “If I could write a poem people would remember after I’m dead, I would consider my life had been worth living.” Ms. Bates we remember your poem and love it dearly—your’s and Samuel Ward’s lives, were both well lived. Thank you.

O beautiful for spacious skies,
For amber waves of grain,
For purple mountain majesties
Above the fruited plain!

America! America!
God shed His grace on thee,
And crown thy good with brotherhood
From sea to shining sea!

O beautiful for pilgrim feet
Whose stern impassion’d stress
A thoroughfare for freedom beat
Across the wilderness.

O beautiful for heroes prov’d
In liberating strife,
Who more than self their country loved,
And mercy more than life.

America! America!
May God thy gold refine
Till all success be nobleness,
And ev’ry gain divine.

America! America!
God shed His grace on thee,
And crown thy good with brotherhood
From sea to shining sea.

This history was taken from the book, America the Beautiful: the Stirring True Story Behind Our Nation’s Favorite Song. by Lynn Sherr (Public Affairs: Perseus Books Group, New York, 2001)

7 thoughts on “America the Beautiful”